On this day of mirth, merriment, and almost constant inebriation, don’t you owe it to yourself to pollute your body with only the finest amalgamation of rye, barley, hops, and water? As a beer connoisseur, I’ve slowly grown and improved my own massive girth with the regular ingestion of high-calorie, high-hop beer over the past few years and until now there was no source of beer information – besides word of mouth and the prettiness of the labels arrayed before me at the corner shop – to suggest which beer is far superior to its brothers and sisters.

Enter Pintley (not, I will note, pint.ly which goes to bit.ly). This website has been around since 2008 but is still apparently in Beta. It was launched when founder Tim Noetzel learned of the majesty of European beers after getting blitzed night after night on Alts in Baden-Württemberg, Germany.

Desperate to bring the thing that made Europe great – namely the regular and total obliteration of the spirit through constant alcohol consumption – to the U.S., he and a dedicated team of tipplers built Pintley to rate and comment upon various kinds of beer. 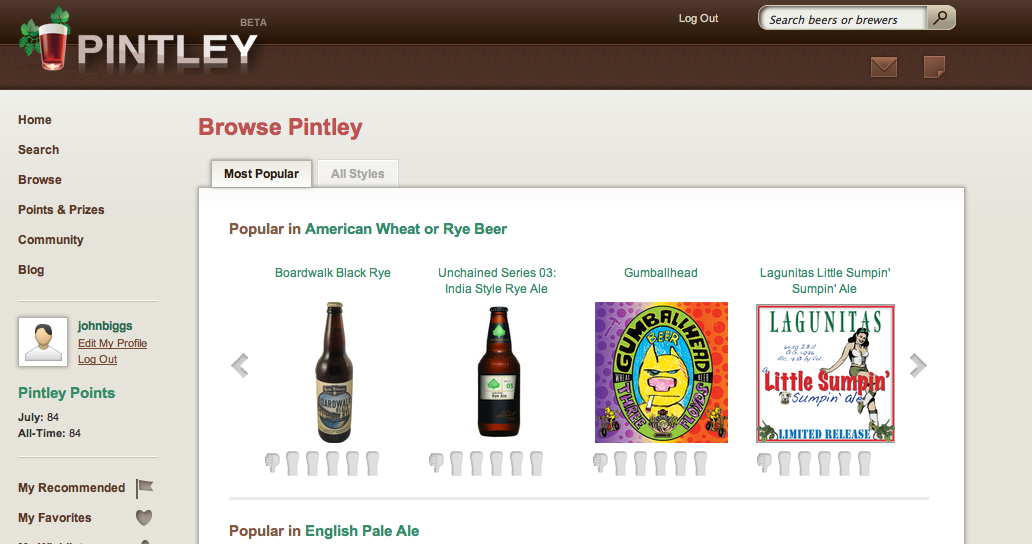 The network is fairly basic: you log in and rate beers. Found a new one? Stick it in. Discovered one you want to share with your friends? Tweet a link. However, it does open up the world of craft beer to a whole other audience as, I suspect, the average beer drinker will use the site to find out the Bell’s Oberon is pretty darn great while bottle snobs will discover that Porkslap Ale in a can is just about heaven.

The site is a bit barren right now but Noetzel et al have created a sort of directory of fine beers and they’re working directly with brewers to grow the database. They have also created an iPhone app for the drunk on the go and there is also a mobile version of the site. 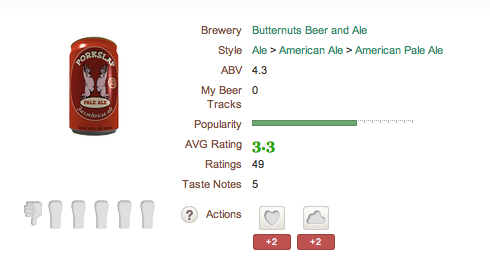 In a world where everything is characterized with Otaku-like obsession, it’s good to go to a place that says “This, according to a lot of people, tastes good.” Instead of detailed blar-de-blar about citrus notes and napalm overtones on the back of the tongue we get a simple, numerical description. And, most important, you can use the site to discover more things to drink.

So sling it back, suck it down, and stare into space as you get up the nerve to talk to that guy or girl someone brought to the barbecue today and seems to be from out of town and may or may not have smiled at you at some point during the past three hours while grabbing a hamburger. After all, as a great man once said, beer is proof that God loves us and wants us to be happy.