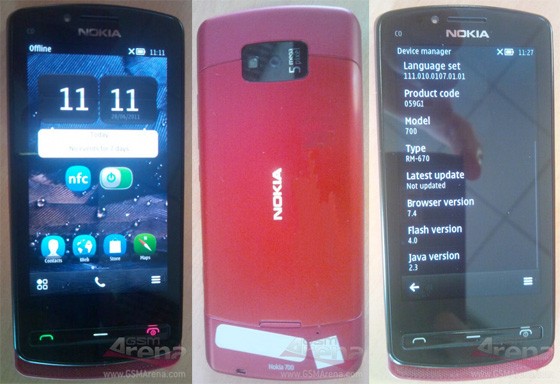 Yesterday we reported that Nokia has a few girly-named phones in the works, one of which being the Nokia 700 Zeta. Unfortunately, all we had to lead us down the road to spec discovery was a vague and sparsely detailed spec sheet. Today however, a couple snap shots have been leaked of the Zeta, and we wanted to make sure to give you a more informative introduction to this C6-01 successor.

To refresh, specs include a 1GHz processor under the hood, and Symbian Belle running the show. A 5-megapixel camera with LED flash is located on the back of the handset, and a 3.2-inch nHD AMOLED display sits up front. This phone is also NFC supported. According to RegHardware, the phone weighs just a bit over 80g and is 10mm thick, which is surprising since the original leaked spec sheet promised that the Zeta would be the “thinnest smartphone ever.”