MediaMall, the folks behind the popular PlayOn media software, just announced the closed beta of PlayLater, a so-called DVR for online video. The service, which is available in a closed beta starting today, allows users to “record” online programming from over a dozen service for viewing later either on the computer it was recorded on or a device loaded with the retail version of PlayOn.

Believe it or not, the term DVR is actually appropriate here. I’ve used the service and it actually records the programming and wraps the video file in a DRM-laced .plv container that’s only playable on approved programs. How does it work? I have no idea, but it does and MediaMall’s breakaway success with PlayOn says this company knows media streaming.

Upon launching the PlayLater, the user is presented with a beautiful UI and a grid of services: Netflix, Hulu, Amazon Video, TV.com, and 26 others. From there you select the service, then the program and finally the episode or clip you want to record. You have the option of either recording now or adding it to the queue. 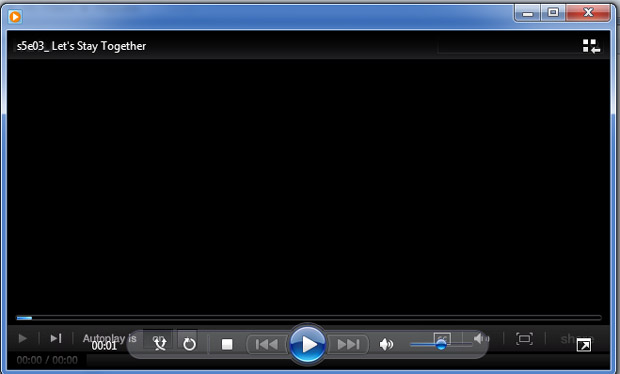 PlayLater then starts recording, as in it seems to que up the stream and record the video as if it was being played live on your computer screen. For instance, when recording a Hulu program, the site’s onscreen playback controls are included for a few seconds in the produced video file. (see above) The commercials are there as well but since the recorded file is just a plain video container, you’re free to scrub past them.

These files are playable on the PC only through Windows Media Player. VLC and others do not work. The files are portable but only on devices running the PlayOn client although the service is on nearly every platform including Android, iOS, Google TV, every gaming system, Moxi, Roku, and more.

I tried stripping away the DRM with the usual software but was unsuccessful; it will take someone smarter than me to crack that encryption. But it will happen. Someone, probably within a matter of days, will crack whatever lock is holding these files captive.

PlayLater will eventually cost $4.99 a month or $49.99 a year, but right now the service is just available as a closed beta. But it’s not closed yet. The first 5,000 users to download the service will be entered into the beta and earn one month of PlayLater. PlayOn itself runs an additional fee and is available for either $4.99 a month, $39.99 a year or as a one-time charge of $79.99. 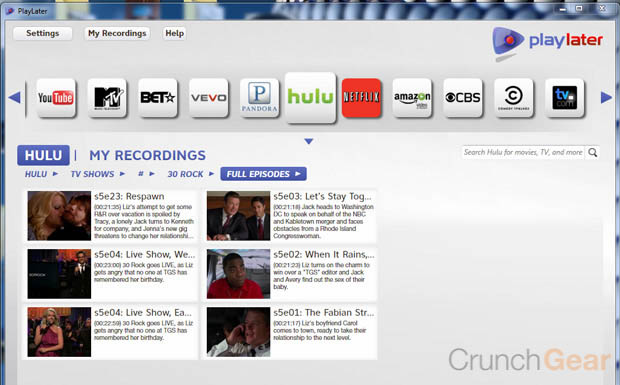