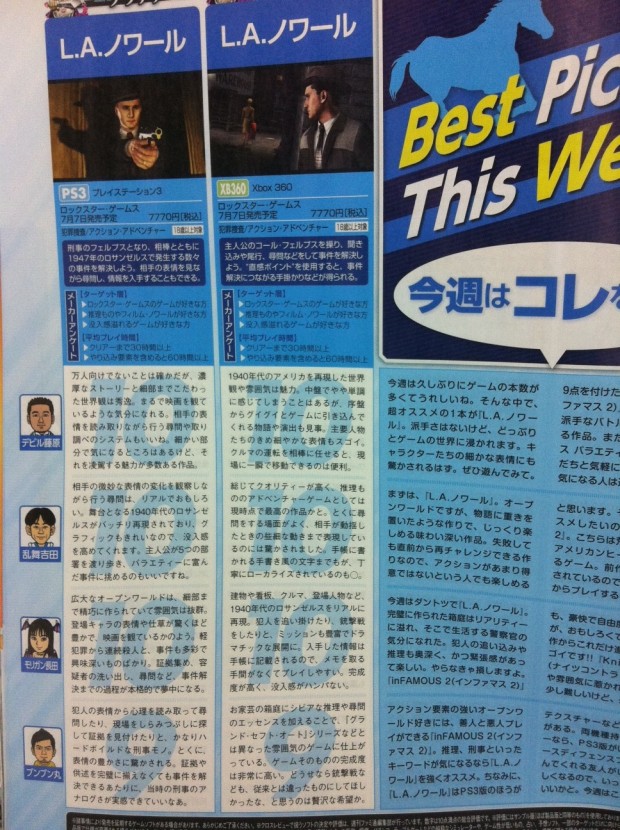 Who said Japanese players don’t appreciate video games made outside their home country? I just went out to buy the newest issue of the Famitsu, Japan’s leading video game magazine (which came out about 3 hours ago/it’s currently 3am Thursday over here), and saw what you see above: L.A. Noire, one of the biggest game titles this year, missed the perfect review score by just one point.

Three out of four editors gave away ten out of ten points but one went for only nine (without really explaining why). In total, L.A. Noire scored a still excellent 39/40 points for both the PS3 and Xbox 360 versions from the Famitsu.

You can read our extensive review of the Rockstar game here.

For your reference, here’s a list of all games that scored a perfect 40/40 from the Famitsu. L.A. Noire would have been the first not made by a Japanese company: