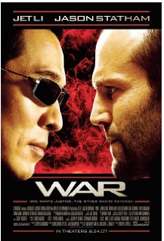 There’s a war going on in the tech world, and it doesn’t involve Google, Facebook, Apple, or Microsoft. In fact, the foes are not based in Silicon Valley, but rather in New York City. As the tech IPO market heats up, the New York Stock Exchange (NYSE) and the NASDAQ are battling it out for listings. NASDAQ is home to the tech giants like Microsoft, Apple, Google, Amazon, Oracle, Intel, eBay, Dell, RIM, Baidu and the list goes on. NYSE has its fair share of big-name tech giants, including Nokia and IBM, but traditionally, NASDAQ has dominated listings for the newer major tech companies, especially Web companies. But there may be a changing of the guard.

Many of the biggest IPOs in the past few months have gone to the NYSE. LinkedIn, Pandora, Fusion-IO, Bankrate, Demand Media, and RenRen have all chosen the New York Stock Exchange for their listings. SuccessFactors recently switched its listing on the NASDAQ to the NYSE. But Russian search engine Yandex chose NASDAQ for its IPO, and upcoming offerings from HomeAway and Zillow will also be listed on the NASDAQ.

So what’s causing the sudden urge to list on the NYSE? Sources have said the NYSE is being very aggressive with their marketing tactics and are actively lobbying companies to list on their exchange even more so than usual. In fact, when I spoke to NASDAQ’s public relations representative about this piece, he pointedly asked me if the NYSE pitched me on the idea. (They did not).

Apparently, the NYSE has been pitching reporters on stories about how the exchange is basically kicking NASDAQ’s butt for these tech company listings, and after a cursory Google search I found a few glowing posts that could have been the products of these NYSE pitches.

But digging deeper, there are a number of factors at play in choosing an exchange, and it’s still not clear that we can call the fight  a “complete crushing” of the NASDAQ by the NYSE, as Forbes asserted recently. 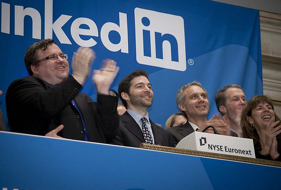 Professor Len Lodish of the Wharton School of Business explains that the NYSE has consistently competed with the NASDAQ for prestige, but NASDAQ historically was always on the cutting edge when it came to the actual technology of trading. That’s what made the exchange so appealing to tech companies like Google and Amazon, he explains.

For background, the NYSE is an auction market that traditionally used floor traders to make most of its trades. Each stock on the NYSE has a specialist who oversees and facilitates all of the trades for a particular stock. Much of that is now automated. The NASDAQ, which has a broadcast studio and “storefront” in Times Square, is a dealer market and is completely computerized. The exchange relies on market makers to buy and sell stock on behalf of their clients.

For a long time, the NASDAQ was the favorite for tech companies, as not only was the exchange strong, but it was also innovative. But the NYSE has adapted to the times and has made more investments in technology, says the NYSE’s Scott Cutler, who heads U.S. listings. “We are a technology enabled organization, with many of our trades being made electronically,” he explains. “We’ve invested in state of the art technology to stay relevant, and companies realize that.”

The NYSE’s investments in technology go beyond the obvious. For example, the NYSE has been using some of flash storage company Fusion-io’s technology, and lo and behold, the company chose the exchange for its $233 million IPO a few weeks ago (Fusion-IO declined to comment on the company’s choice of the NYSE).

In Lodish’s words, “The NYSE realized the world was changing in terms of technology and it had to get with it in order to attract newer companies.”

As for the tech companies themselves, most gave me very bland statements and refused to be interviewed for the story, perhaps for fear of angering the NASDAQ in case things on the NYSE don’t go so well.

From a Pandora representative: As we evaluated what we needed in our new phase as a public company we found an experienced and enthusiastic partner at the NYSE. We’re pleased to be part of this illustrious institution and believe it will enhance the initiatives that we undertake as a public company.

Pandora’s founder Tim Westergren said in this NYSE video clip that the reasoning behind choosing the exchange revolves around the NYSE’s enthusiasm for Pandora as a business, and its progressive stance in embracing technology.

A spokesperson for Linkedin issued this statement: We thought the NYSE was a great fit for LinkedIn based on their understanding of our business and their vision for how we’d work together. In a similar video clip to Westergren’s, LinkedIn CEO Jeff Weiner says that the NYSE’s global reach was a deciding factor in choosing the exchange.

There’s no doubt that the NYSE is being extremely aggressive in its marketing efforts to meet and pitch companies in Silicon Valley on a potential listing. Cutler confirmed to us that he’s hitting the pavement, requesting meetings with companies who have the potential to IPO, traveling to Silicon Valley and more. Part of his pitch to companies who are considering an IPO: “Nasdaq is where the technology companies grew up, the NYSE is the future.”

Trading technology aside, one consideration in choosing an exchange is listing fees. The NYSE calculates their fees primarily against the number of shares outstanding for a company. The fees range from $38,000 per year to $500,000 per year. The exchange says that very few companies pay the maximum fee. This also doesn’t include another one-time listing fee, which ranges from $125,000 $250,000. 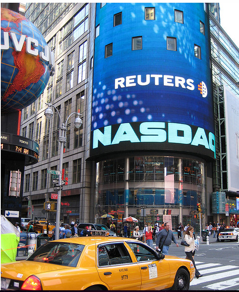 But considering the growing number of companies listing on the NYSE and the aggression of the exchange in their marketing tactics, I wouldn’t be surprised if the NYSE is discounting some of their fees to appeal to tech companies.

I also spoke with Bob McCooey, NASDAQ’s head of listings, who doesn’t seem to be too worried about the NYSE encroaching on the NASDAQ’s turf. “It’s a marathon, not a sprint,” he says. “There are still many more companies set to IPO and in the final chapter of 2011, the strongest companies are going to choose NASDAQ.”

He points not only to the established reputation of the NASDAQ as a home for technology companies like Google and Apple, but also says that the returns for the tech companies that have gone public on the NASDAQ this year are superior to those that have listed on the NYSE.  His implication is that stronger companies list on NASDAQ.

I asked McCooey if NASDAQ was feeling any heat on the technology front now that the NYSE has started catching up. He didn’t mince words, telling me that “we pioneered electronic trading and everyone copied us. We have the better trading model.”

But McCooey says that beyond just the trading technology, the NASDAQ’s pitch is around helping a business manage an IPO holistically. For example, the exchange acquired Shareholder.com to help companies manage their investor relations platforms. Another element of McCooey’s pitch is the prominence of the NASDAQ’s building smack in the middle of New York City’s heavily trafficked Times Square (as opposed to NYSE’s Wall Street location). For a Business To Consumer company, it’s a great advertisement to have your stock be listed in such a prominent place where hundreds of thousands of people are congregating in a given day, he explains.

To make the rivalry between the NASDAQ and NYSE even more complicated, NASDAQ took that whole “keep your friend close, keep your enemies closer” saying to a new level by trying to buy the NYSE and merge the companies.  The NASDAQ dropped its takeover bid after the U.S. DOJ threatened to file an antitrust lawsuit. Instead it looks like the NYSE will merge with Deutsche Börse, which will create a massive exchange, and up the ante against the NASDAQ.

McCooey’s point that the IPO market for tech companies is still early is accurate. Arguably, the biggest IPOs in the tech space are yet to come—Facebook, Zynga, and Groupon are all expected to go public in the coming 12 to 18 months. But while there isn’t yet a clear cut exchange winner in this latest round of tech IPOs, the NYSE has already drawn some blood and is off to a pretty fantastic start in terms of capturing high-profile listings.

And there’s no doubt that the NYSE is pounding the pavement to win more deals, actively pitching companies (and reporters, apparently) on the virtues of their Wall Street exchange. In fact, Cutler told me that he’s meeting with Groupon this week to pitch the company on listing with the NYSE.

Disclosure: My husband is an employee of Groupon.