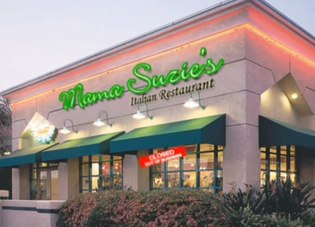 In 2008 Google’s President of the Americas operation Tim Armstrong (now CEO of our parent company AOL) was pushing hard to get some two dozen advertising processes integrated into a single streamlined system. That project was called Project Spaghetti, and YouTube, which had been acquired in 2006, was a particular problem.

The YouTube sales team, led by head of advertising sales Suzie Reider, was apparently less than thrilled with all the pressure Armstrong and Google were putting on them to get advertising products streamlined. They created this video, says the person who gave it to us, to blow off steam internally.

The setting is “Mama Suzie’s” Italian restaurant. Customers are ordering all sorts of things, but the only thing the team will make is spaghetti. Near the end a waiter says “Mr. Armstrong isn’t going to be happy.” Suzie replies “You tell Mr. Armstrong, in San Bruno we make spaghetti.”

It’s an inside joke kind of thing and this obviously wasn’t created for the public, but the YouTube team was clearly annoyed by the whole situation. The ending is “Don’t worry, they lived happily ever after…making dough.”

The video is below: