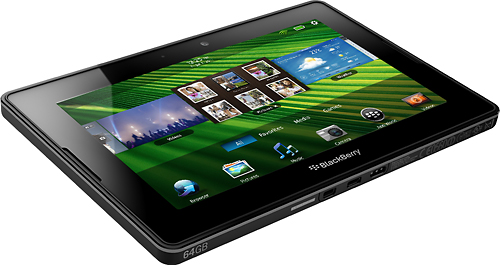 The Playbook is a study in missed opportunities. The sexy form factor, interesting new UI elements, and distinct, recognizable branding should have set it apart and made it a real player in the tablet game. Instead, it’s a mishmash of consumer and pro features, and missing things that would give any shopper pause. Why would they go to market without even a native email client? Sources say it was in fact a fundamental limitation of the Blackberry system.

Business Insider was told no secrets, but the reasoning behind the exclusion is made clear: “The [Blackberry Email System] email server has the concept of one user = one device” — a deliberate design made for security reasons. But now that support is necessary for multiple devices, RIM faces “a lot of work to change something that’s pretty basic in the software architecture and design.”

Indeed! Of course, the question is why didn’t they make these changes two years ago, when the tablet buzz was starting, and the idea of a Blackberry tablet ecosystem must have been discussed? Multiple devices, be they phones, tablets, or some other clients, were an eventuality RIM should have been prepared for. RIM is supposed to deliver a solution this summer, but given the speed of the market, that may already be too late.