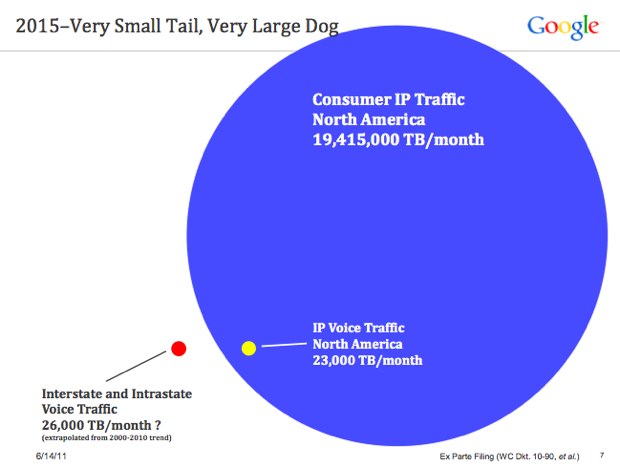 The Internet carries nearly 160 times more traffic than voice networks in North America, yet many of the regulations and inter-carrier traffic fees are based on the quickly receding era when voice networks ruled. Google calls this the “Tail Wagging The Dog” in a letter to the FCC (embedded below) urging them not to impose antiquated per-minute voice traffic fees on IP networks. This is becoming an issue as IP voice traffic approaches that of traditional circuit-switched voice traffic. Google’s lawyers write in their letter:

Standalone voice traffic already is decreasing markedly relative to other forms of communications traffic; in fact, as depicted in the attached, the majority of voice traffic will be IP-based in just a few years. Accordingly, the FCC should not allow what amounts to the very small tail of legacy voice wireline services to wag the very large dog of all communications traffic exchange. In particular, per-minute voice traffic origination and termination charges are a persistent but unwelcome relic from the circuit-switched telephony era, and not best-suited for modern IP traffic and networks. 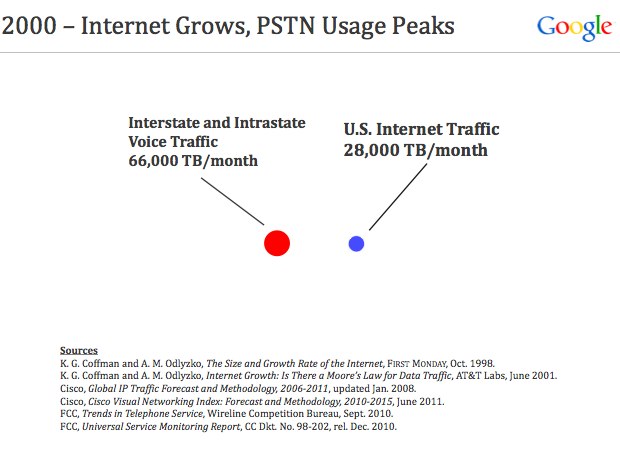 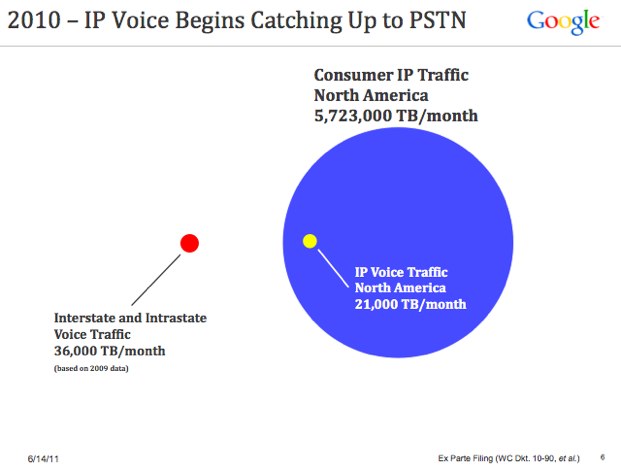 All of these networks, both data and voice, are going to IP networks. By 2015, Google estimates that consumer IP traffic in North America will more than triple again to 19.4 million terabytes per month, whereas the voice network will shrink further to 26,000 terabytes per month. And IP voice traffic will be almost as big at 21,000 terabytes per month (See top slide). The entire letter with all the slides is embedded below.