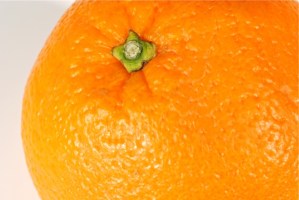 Question: Who is the mother of MP3?

Answer: Singer songwriter Suzanne Vega, whose iconic 1981 song “Tom’s Diner” was used by MP3 inventor Karl-Heinz Brandenberg to calibrate the standard of the revolutionary codec that would change the music industry forever.

Vega’s attitude to the music industry is pretty matrimonial too. On Wednesday, she keynoted the “CREATE: Protecting Creativity from the Ground Up” conference in Washington DC, put on by the technology and media coalition Arts and Labs (for whom, full disclosure, I consult). Not only did Vega play us an haunting intimate version of “Tom’s Diner”, but she also spoke uncompromising in favor of the artist’s right to be paid for his or her work. Arguing that if she wasn’t paid for her songs she would have to go back to being a receptionist, Vega argued that music, like oranges, shouldn’t be given away for free.

Whatever else one might say about Vega’s critique of free culture and piracy, she can’t be accused of being a Luddite. As she confessed to me when I caught her on camera after her CREATE speech, she is a big fan of Twitter and particularly Facebook where she goes “eight or nine times a day”. Nor does she defend the status-quo of the old record industry. “The audience is the most important thing”, she explained the new reality of the business, telling young musicians that it’s much more important to build a loyal following than get a record deal.

Her faith in today’s digital technology to build viable new business models was echoed by a number of other speakers at CREATE. On a panel about the future of the digital economy that I moderated, for example, all the panelists agreed that the digital economy provided exciting opportunities for all creative industries in the 21st century. From Mike Fricklas, Viacom’s General Counsel to Matt Serletic, CEO of Music Mastermind to Jim Cavanagh, President of the American Society of Media Photographers to Tom Adams, Rosetta Stone CEO, everyone agreed that new streaming and anti-piracy technologies and devices offered incredibly exciting opportunities for media entrepreneurs. But, like Suzanne Vega, too, all the speakers on my panel agreed that digital content, like analog oranges, couldn’t and shouldn’t be given away for free.