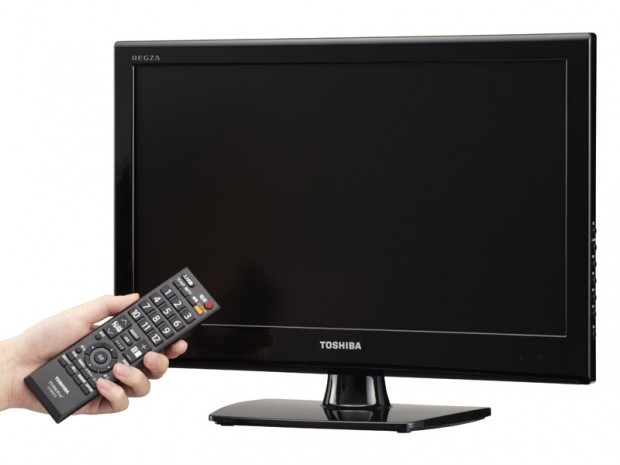 Back in November 2010, Toshiba introduced the world’s first series of battery-powered LCD TVs. Dubbed Power TV, the devices were initially produced with developing countries or regions with unstable power supply in mind. But now big T has dated and priced [JP] a special version for the Japanese market, as announced in April this year.

Needless to say, the main bullet point here is the integrated battery. Toshiba that one full charge takes 5 hours, which is enough to power the TV for about 3 hours. With the peak shift button on the remote control (the yellow one on the picture above), users can switch from AC to the battery whenever the power goes out.

Toshiba plans to start selling the 19P2 in Japan next month (price: $620). Another version in white is to follow in the fall.