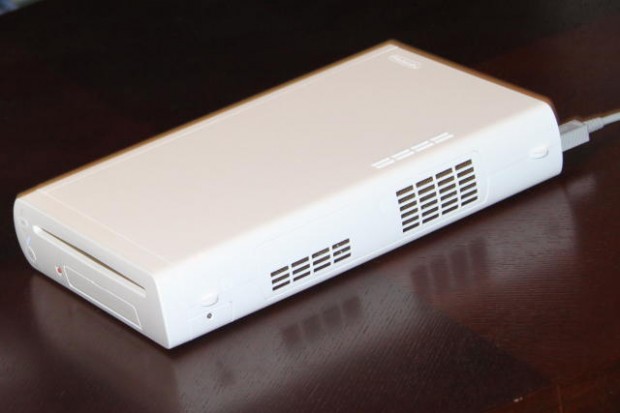 Nintendo proudly showed off the Wii U controller at E3. During the company’s presser, it was plastered on a massive screen time and time again. Then on the show floor, anyone could play with it as long as they were willing to give up half a day waiting in line. But the actual console was just neatly stuffed in the wall, hiding all its secrets. Until Inside Games came along and managed to snap the pic above and one of its sexy backside.

The secrecy could be in part because the console probably isn’t finalized yet. Nintendo doesn’t plan on releasing the the Wii U until 2012, which is a long time away in development land. Still, as nice as these shots are, we really want to see the inside of the Wii U and figure out what sorts of component magic are pushing the surprisingly good graphics. [Inside Games via Joystiq]