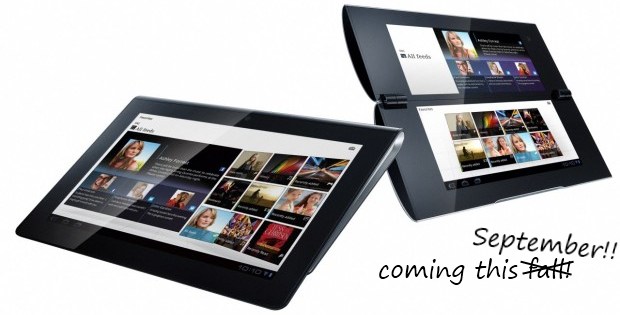 Amid the abundance of nearly indistinguishable Android tablets out there right now, we’re actually excited for Sony’s S1 and S2 tablets, which have interesting form factors and a Playstation pedigree. In April we heard they’d be getting a global release “this fall,” and that appears to be true, as Engadget has received information that the tablets would be available for pre-orders in August and ship by late September, at least in Europe.

A little late to the game, but that’s always been the Sony Style, hasn’t it?