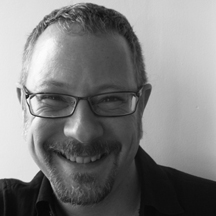 Thanks to the Amazon Kindle and the rise of ebooks, we now live in a world where publishers are an anachronism. Or so we’re told.

One person who doesn’t entirely buy that narrative is Richard Eoin Nash. Four years after selling the celebrated indy publishing house, Softskull Press to Counterpoint, Nash has launched Cursor, a startup which promises to “help power the next 50,000 independent publishers.”

In the video below (which is a must-watch for anyone involved in books and publishing) Nash reminds us that, as recently as 50 years ago, the publishing industry was at the forefront of innovation and disruption. Today, however, publishers have become mere printers and distributors and have, he argues, lost sight of their primary function: to help connect writers with readers. As he puts it, “Any major publisher that has launched a [disruptive, digital] subsidiary, has launched it under house arrest. They have not built anything to destroy their own business.”

Nash also shoots down a number of myths, including the idea that the world no longer needs publishers, that electronic self-publishing is somehow a new concept and that it’s possible – or advisable – for a publishing house to offer something for everyone.

Finally, as the company embarks on a “super angel level” funding round this week, Nash invites TechCrunch readers to share their thoughts on the Cursor product, and on the future of publishing generally.

(As ever, please forgive the shoddy camera work. I was testing out my new Sony Bloggie and — well — I clearly haven’t got the hang of landscape vs portrait yet.)