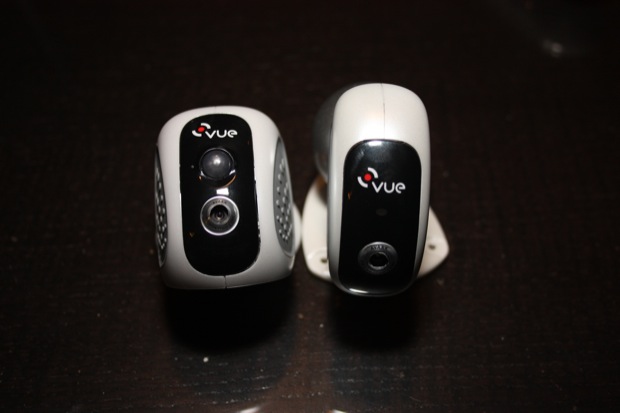 When I last looked at the Vue Video Network in 2009 I found it to be fairly rough. These tiny, battery-powered cameras were very cool and you could set them up and then “visit” them via the web to see what was going on. However, they weren’t a real security system in that you couldn’t be alerted to motion, making the cameras overly simplistic. However, with the launch of the the new Vue cameras with motion detection, I’m pleased to report these things are finally ready for prime time.

The cameras, made by Avaak, connect to a base station (wired to Ethernet) via an encrypted wireless connection called FrameMesh. You can place them anywhere in the house (they have a few hundred foot range) and they’re only “active” when you connect to them via the VueZone website or iPhone/iPad app. These new models can activate for a few seconds when anything passes within 15 feet of their unblinking eye, a feature that makes these cameras considerably more useful as small security devices for low-traffic rooms or spaces. 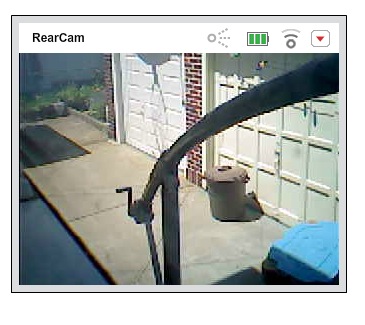 The Vue camera system is not for 24-hour, constant surveillance. The battery lasts only six months of standard use, which means about five minutes per day, so you can’t just let it run. The $199 standard package includes a base station and one camera and you can grab two motion detector cameras for $289. The cameras come with small magnetic bases that allow them to be attached to walls at almost any angle and you can just set them on a shelf for a fairly wide view.

You can assign actions for motion detection as well as set timers for various cameras – say, set it to record your driveway between 5am and 6am each day to catch your neighbor’s grandma micturating into your flower bed. These have some low-light capability but they are not night-vision cameras by any stretch of the imagination.

As a sedentary blogger, I have cameras all over the house, including a Dropcam to watch for the Fedex and USP guy when he comes around back. These cameras have gotten better and better over the years and I’m actually pleased with this improved Vue camera. It’s small, compact, and quite usable and the interface is dead simple. It’s not a perfect surveillance solution but it’s adequate and should be useful for folks who want to watch a rarely trafficked space or just watch the yard every few hours for signs of alien invasion/stray cat infestation.