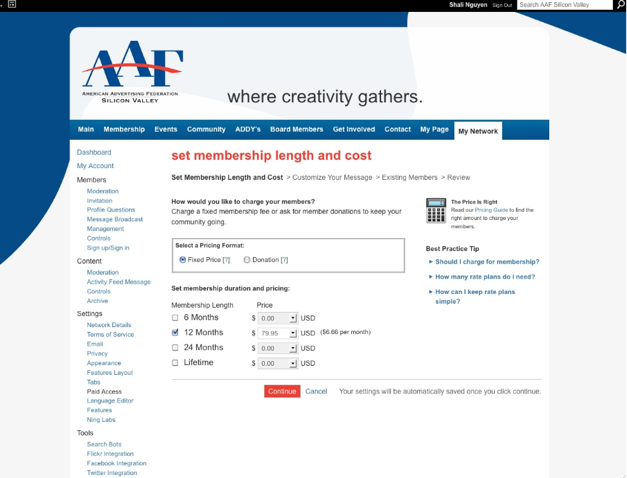 Ning is rolling out a new feature to network creators today—the ability to charge for premium access and subscriptions. The company says it is one of the most requested features and Ning will be making paid access available to all network creators over the next several weeks.

Ning is leveraging PayPal’s API to allow network creators to simply implement a subscription or paid access on their site. Users have control over how and where they want to use Paid Access on their networks.Potential use cases include membership dues, paid groups, paid content and donations. Users can set a fixed cost or a subscription based cost as well using PayPal.

The cost to implement paid access for network creators will be $19.95 per month for all plans and Ning will also charge small service charge (between 3 and 4 percent) to cover PayPal’s processing fees.

Ning CEO Jason Rosenthal tells me that the company continues to grow in terms of engagement and reach. Ning now has over 90,000 networks created and international markets are particularly strong, with 40 percent of the company’s revenue coming from outside the U.S. In fact, the company is supporting payments in a number of currencies beyond the U.S. dollar, including the British Pound, Mexican Peso, the Euro and the Australian dollar.