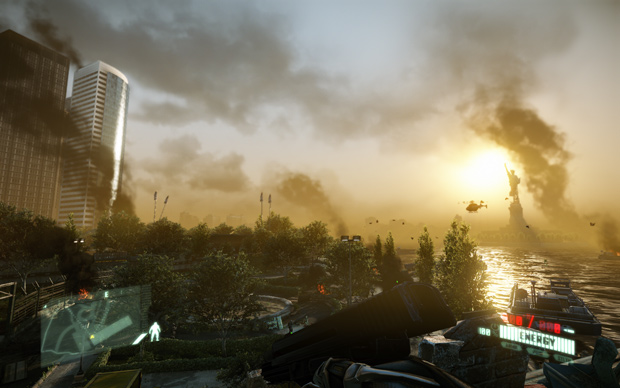 If you were hoping to pick up a copy of Crysis 2 on Steam, you’re out of luck. The game is no longer available on Valve’s download service, though it was not (strictly speaking) pulled by EA. While EA has explained in a statement that the title is simply incompatible with “a set of business terms” “imposed” by Steam, the language and context suggest that it was action by inaction — they don’t want Crysis 2 on Steam, and they’re all too happy to let it lapse.

“Crytek has an agreement with another download service which violates the new rules from Steam and resulted in its expulsion of Crysis 2 from Steam.” Since Steam is a very popular platform, it’s doubtful that EA or Crytek would let its terms be superseded by anything but an internal agreement. “Another download service” likely means EA’s new internal service Origin (on which Crysis 2 is indeed available), and the agreement is probably exclusivity on DLC or special offers that won’t be reflected on other download sites. That likely violates several Steam rules, so out it goes.

EA is understandably jealous of Steam’s success (as are the likes of Games for Windows Live and other platform-specific services), and I don’t blame them for trying to break free, though it’s unlikely that the winners table will include gamers. In this case it’s less places to buy the game, and more bother for the end user, who will now have to have Origin, Steam, and probably a few other services installed simultaneously. Crysis 2 is on multiple sites, but The Old Republic will be Origin-only.

Exclusivity isn’t an EA invention, of course; the Half-Life series among others is only available on Steam, so it may just be that these flagship titles will have complicated agreements for a while, until these chumps can get their act together.