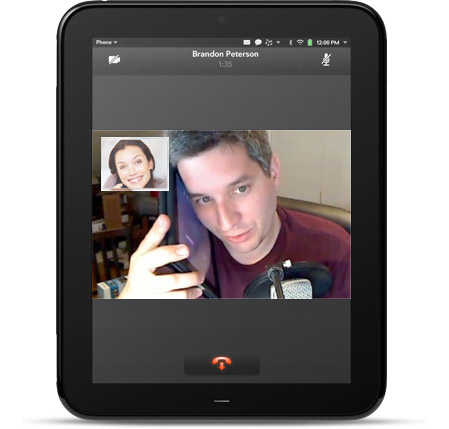 HP has done what any company looking to drum up a bit of buzz tends to do: release demo videos on YouTube. Not that you can blame them. The HP TouchPad is hitting the US retail market on July 1st and outside our little tech blogging community, it’s probably as well known as the Notion Ink Adam. I’ve yet to see a national commercial advertising the purported iPad killer. These demo videos, embedded for your viewing pleasure after the jump, shows off a bunch of the tablet’s exclusive features: HP Synergy, Palm notification tether, Touch To Share, inductive charging and the sexy webOS.

Believe it or not the HP TouchPad is almost here. It seems like forever ago that the tablet finally broke cover after months of speculation. But actually, HP announced the TouchPad only back in February, which creates only a six month announcement to release span; RIM announced the PlayBook seven months prior to its release. The 16GB version will hit at $500 with the 32GB costing $600. The fancy inductive charging Touchstone dock costs an extra $80.