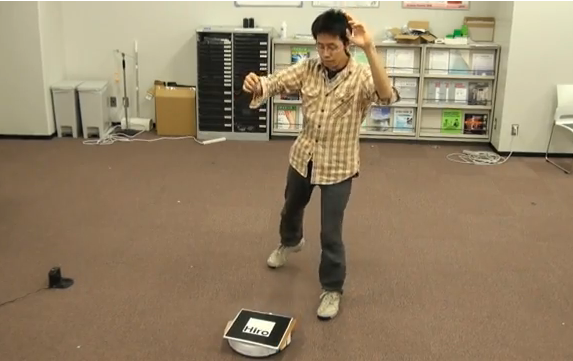 We have shown you quite a few obscure Kinect videos in the last few months, but this one is a bit special: it shows a robot geek from the Nara Institute Of Science And Technology (NAIST) in Japan dancing rumba with a Roomba, with the Xbox device capturing his movements.

The human, a guy called Hiro, says he uses the OpenNI framework to analyze the movements and that the location of the Roomba in the room is tracked via ARToolKIT, a marker-based Augmented Reality application. Needless to say, the Roomba takes on the role of the lady in the dance.

Here’s the video (in English/Japanese, watch what happens at the end):