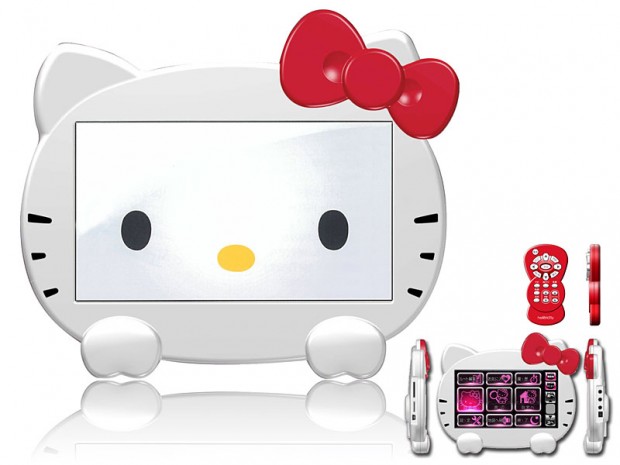 It’s about time for another Hello Kitty-branded gadget to get covered on CrunchGear. This time it’s a mini TV and navigation system that feature the cartoon cat, and both devices were announced [JP] by Seiwa Japan. The design is pretty much identical, but these are actually two separate devices.

Both screens are 7 inches in size, feature 800×480 resolution and come with LED backlight.

The navigation system features a double TV tuner, double antenna, an SD card slot, an FM radio, and 1.5W×2ch speakers. It uses – wait for it – Kitty’s voice for navigation.

The TV shares most of these features, but it doesn’t have a touchscreen and no radio, for example.

Seiwa plans to roll out both devices in Japan next month (prices: $807 for the navigation system, $435 for the TV).