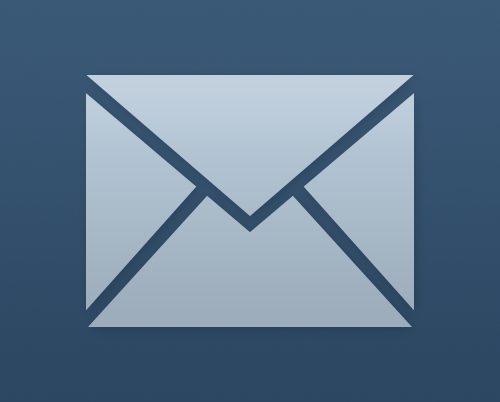 As time goes on, even if inbox overload isn’t a problem for you right now, it will be. And I’m increasingly convinced that there is no actual solution. A ton of people are out there working on the problem — companies both big and small. Some of the “solutions” are nice and smart. But they’re all either masks or temporary fixes. No one wants to admit the truth: only real way to solve the email problem is to blow email up and start over again.

But that will obviously be a massive undertaking that will likely take years to get everyone on the same page, using the same service/protocol — if it works at all. So for now, might I suggest you do what I do and use a bunch of smaller solutions to ease the email pressure? And a new one appeared today: Tumblr.

Of course, Tumblr is not billing their new inbox features as an email-replacement. But it does somewhat fulfill that purpose. You see, since I run my personal blog on Tumblr, a lot of people use the Ask feature to write to me. The problem has been that up until now the only way to respond to these messages has been publicly. Yes, it was essentially Formspring, but where every answer had to be posted to your blog. There would often be questions that I would want to answer, but did not want them posted to my site (either for clutter reasons, or because the person asking was revealing information they probably didn’t want me to publish). But the new “Private Answers” feature unveiled today by Tumblr allows you to message other users without posting anything.

Tumblr also added a unified inbox that resides in the top toolbar of the Dashboard which alerts you when you have a new message (and submissions if you have those enabled). And clicking into this area will show you the messages coming in from all of your Tumblr sites (if you have more than one, obviously). And there’s new option to delete all messages as well.

Yes, all of this stuff is rudimentary for a messaging system. But again, it does offer a small email relief in that it’s a new system with a slightly higher barrier to entry (you need to have a Tumblr account, unless you choose to allow anonymous messages). Mixed with Facebook Messages, Twitter, Twitter DMs, group messaging apps (Beluga, GroupMe, etc), and soon iMessage, I have a bunch of small work-arounds to avoid the nightmare that is my email inbox.

And yes, I know this sounds insane. But that’s how much I hate email.

Tumblr’s new messages are the first of “a whole bunch” of new features they’re getting ready to launch alongside their newly updated (and slick) Dashboard.