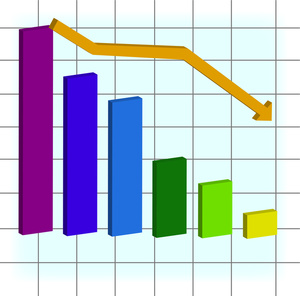 So far, 2011 has not been the year of the PC, by any means. I guess, that’s to be expected with the explosion of the tablet, but it looks like PCs haven’t yet reached rock bottom, as Gartner has revised its previous forecast for PC shipments in 2011 from 10.5 percent to just 9.3 percent, roughly 385 million units.

Clearly the economic downturn is at least partially to blame for softening PC sales over the past few years, but tablets certainly haven’t helped the matter. “Consumer mobile PCs are no longer driving growth, because of sharply declining consumer interest in mini-notebooks,” said Ranjit Atwal, research director at Gartner. “Media tablets, such as the iPad, have also impacted mobile growth, but more because they have caused consumers to delay new mobile PC purchases rather than directly replacing aging mobile PCs with media tablets.”

Gartner also claims that the structure of the PC market is undergoing a major change, as consumers are looking for a PC that complements their other devices. In the near future, the PC market will not stand alone, but become a part of a more overarching market that ranges from high-end smart televisions down to feature phones. “Within this market, consumers and professionals will increasingly use the combination of devices that best suits their particular needs,” said Mr. Atwal.

Gartner also cut its expected 2011 Japanese PC unit growth to 2.4 percent after the devastating earthquake and tsunami that hit the country in March. However, the analysis firm says that the impact of these disasters has been minor.