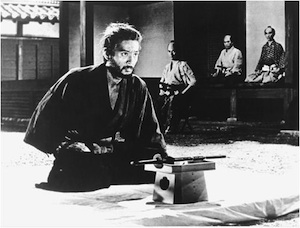 Back in February, every name in the book was thrown at Apple when the news hit that they were changing the App Store guidelines to make way for in-app subscriptions. Some of these new rules appeared onerous for a variety of different apps already in existence. Namely, everyone was concerned about Netflix, Kindle, SaaS apps, and music subscription apps. Given the terms, it appeared that none of them would be able to continue to operate on Apple’s platform the way they had been — and perhaps not at all.

Ahhhhhhhh. The death of iOS. The end of Apple, right? I must have read a hundred stories along those lines.

But those authors overlooked one very simple thing: Apple is not stupid.

That’s why the shock today is not that Apple is backtracking on the terms, but that people are shocked that they’re backtracking on the terms. I mean, people really seemed to think that Apple was going to shoot themselves in the foot — or worse, kill their ecosystem (and perhaps themselves) with these terms. No consideration was given to the fact that they might actually, you know, change them. Adapt. This is the most valuable tech company in the world we’re talking about here. Many truly believed they were on the verge of throwing that all away.

The reality is this: Apple had an idea, one that would potentially be hugely profitable for them, and they decided to test the waters on it. They put it out there to see if it would swim. It sank. So they reeled it back in and changed things. All of this happened, mind you, before anything was ever actually changed. I’m sure it’s a total coincidence that Apple just altered these guidelines right before the changes were due to take effect later this month.

After I weighed in on the initial story, attempting to explain Apple’s rationale for the move (and believe it or not, there was one) and then explaining why I thought a few of the terms would ultimately lead to Apple changing their stance, my colleague Jason Kincaid shot back with “Why Are You People Defending Apple?” Today is exactly why.

Jason brought up many good points about abusing power and disturbing precedents. But he overlooked one vital thing: common sense. As I wrote in response at the time to Jason’s post:

It’s time to take a deep breath and calm down and realize what is ultimately common sense: Apple is not going to destroy the empire they’ve built over a relatively small feature. If they have to change, they’ll change. And the market will dictate that. It really is that simple.

Guess what happened? Apple looked over the market reaction and decided not to commit seppuku. Shocking.