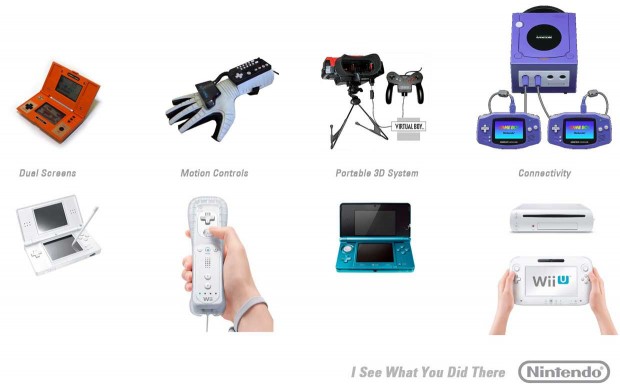 There’s seemingly a philosophy inside Nintendo that form factors and ideas don’t die, but rather are shelved and re-released once the proper technology is ready. The Wii U is just the latest in a long line of consoles that use rather old form factors and ideas. Just look at this chart we found on Reddit. The Nintendo Watch & Game spawned the DS 24 years later, the Power Glove preceded the Wii, the Virtual Boy the 3DS, and the Wii U now seems like a proper implementation of the GameCube/GameBoy Advance controller scheme. Not that there’s anything wrong with this process. It clearly works.