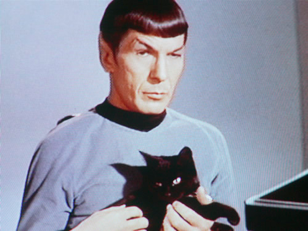 So go the reactions to a feature on Facebook that uses facial recognition technology to help users tag their photos. It has people so upset, in fact, that it’s just sparked a probe from European Union privacy regulators.

The uproar revolves around a feature that’s been around since December, so the technology itself isn’t particularly new. But regulators are only getting upset about it now after a Sophos report pointed out that Facebook has recently turned the setting on by default, apparently continuing the social network’s habit of encroaching on user privacy without asking for permission.

Except this time, the complaints seem to be about issues that aren’t new — and humans are still very much involved in deciding who gets tagged.

First, let’s run through exactly what the feature does.

When you upload photos to Facebook, you’re prompted to tag your friends in those photos — your friends will then be notified about the photos they’re tagged in, and depending on their privacy settings other people may be able to see them as well. This feature is relatively ancient in Facebook terms, and is actually one of the key reasons why the site got popular on college campuses (and later, with everyone else) in the first place. Facebook easily has more photos than all of the other photo hosting sites combined, and as of last December people were creating 100 million tags per day.

But while tagging is hugely popular, it’s also a pain. For a long time you had to do every single tag manually — click a face, type in the person’s name, repeat for each face, and click onwards to the next photo, where you get to do it all again. It’s tiresome.

Which is where Facebook’s facial recognition comes in.

The first feature that incorporated this technology made it easier to tag the same person in multiple photos. Say, for example, you were at a friend’s birthday party and the same eight people showed up in each photo. Using facial recognition, Facebook can ask you to identify each of those friends once, and then automatically tag them throughout the rest of the photo album.

The more advanced facial recognition feature, which launched in December, goes one step further: instead of initially asking you to identify each of your friends’ faces, it looks at your Facebook friends to see if any of them seems like a likely match. You then confirm those suggested tags (each possible match shows a thumbnail that you can ‘X’ out), and have to do a lot less clicking.

That’s it. We’re not talking about a sinister site-wide facial recognition feature that will let your boss find incriminating photos of you taken at a bachelor party. It just makes tagging less tedious. And no, it is not fully automated.

Here’s a quote from Gerard Lommel, a Luxembourg member of the Article 29 Data Protection Working Party, taken from the Bloomberg article on the EU probe.

“Tags of people on pictures should only happen based on people’s prior consent and it can’t be activated by default,” said Lommel. Such automatic tagging “can bear a lot of risks for users” and the group of European data protection officials will “clarify to Facebook that this can’t happen like this.”

Now, Lommel has a point: if you are tagged in a photo on Facebook, you do not get to approve that tag before it shows up in your ‘Tagged Photos’ album or in friends’ News Feeds — you have to detag photos after the fact.

But this is how Facebook Photos have always worked (in fact, it’s how all of their features work, which is why you can be tagged in groups you’ve never heard of, or at places you’d rather not be tagged in). And, as Facebook always points out, if you’re worried about it, you can hide tagged photos from other users using the site’s privacy options.

In other words, it isn’t a new issue, and it isn’t related to facial recognition at all. Your friends have always been able to tag you in photos without your prior consent. Sure, these features make it easier to do so, but presumably they’re not going to suddenly start tagging you in incriminating photos just because it takes fewer clicks.

To reiterate: the EU may conclude that Facebook users should be able to pre-approve their tags, and I don’t necessarily think that would be a bad thing (I’m sick of tag spam, for one). But conflating this with the spookiness of facial recognition seems like a mistake — we should save that outcry for when companies really do start doing creepy things with the technology. 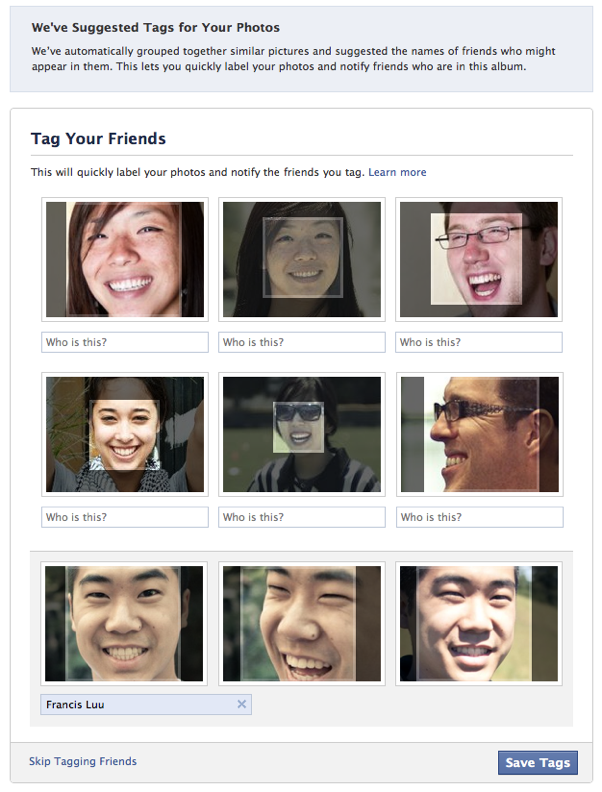