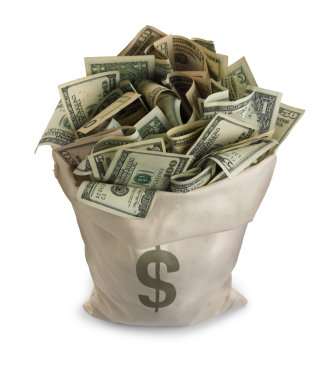 It looks like Coupons.com may have just become the Airbnb of mega-million dollar raises at billion dollar valuations. Today, Coupons.com, the largest provider of digital coupons, announced that it has received a $200 million investment from a group of institutional investors, including several mutual funds. (The company has thus far declined to disclose the names of the investors.)

The sizable investment comes at a supposed $1 billion valuation, and sources close to Coupons.com (who declined to be named) said that the valuation is based on $100 million in expected revenues for 2011, roughly double those of the prior year. This is likely all a part of gearing up for a potential IPO sometime in 2012.

The hefty infusion of institutional capital is aimed at furthering the company’s goal of bringing coupons online, as digital coupons currently represent the fastest growing segment of the coupon industry. According to the company, more than 332 billion coupons were distributed in 2010. As the print publishing industry continues to fall on hard times, the company is aiming at an industry- wide transformation as shoppers look for digital ways to save.

To meet the growing demand in the coupon industry, and to presumably give Groupon a potential reason to look over its shoulder, Coupons.com plans to hire 100 employees in 2011, enabling the company to grow its staff by over 30 percent in just six months. Those new hires will primarily be focused in engineering, sales and client-marketing, the company said.

The company also plans to use its new capital to make strategic acquisitions, building on its prior acquisitions of Free State Labs, the developers of Grocery IQ, an shopping list app for mobile. As of right now, Coupons.com claims to be the largest provider of digital coupons (and the 43rd largest website in the U.S.), its network spanning thousands of sites, including retailers, publishers, consumer electronics, shopping cards, and apps.

Founded in 1998, Coupons.com is a survivor of the dotcom boom and bust, and with it’s announcement today, it looks like the company is figuratively back from the dead. Though it’s been tight-lipped over revealing its current full financials, we do know (from these SEC docs) that Coupons.com had raised at least $46 million before today’s announcement, including a $20 million series E raise back in 2006 from Passport Capital, Spieker Trust, and a few others.

This presumed series F raise comes on the heels of a banner year in 2010 for Coupons.com. In November, Coupons.com announced that it had surpassed $1 billion in printed coupon savings, a milestone both for the company and the digital coupons industry as a whole. This represented a 57 percent growth over the prior year’s $534 million in savings — more than 5 times the 11 percent growth rate of newspaper coupons during the same period.

At the time, Coupons.com CEO attributed the enormous growth to the effect the recession was (and is) having on the average consumer:

“Digital coupons continue to grow in popularity with consumers and brand marketers, driven by many factors including economic pressures felt by consumers and the increasing propensity for them to look across the digital domain — on the Web, in social media, mobile environments, etc. — for money-saving offers.”

The 13-year-old coupon giant, which counts companies like A&P, Clorox, General Mills, Kelloggs, Walgreens, and Safeway as its clients, has become a resource for manufacturers looking to add coupons to digital media strategies, like Facebook fan pages, corporate websites, email campaigns, and more.

The digital coupons industry has come to the fore in the last few years with the loud activity of Groupon and Livingsocial, and today Coupons.com is showing that it, too, plans to be a top player in this space for years to come. (Though I, personally, would love to see the company use some of its new money to redesign its homepage, but maybe that’s just me.)