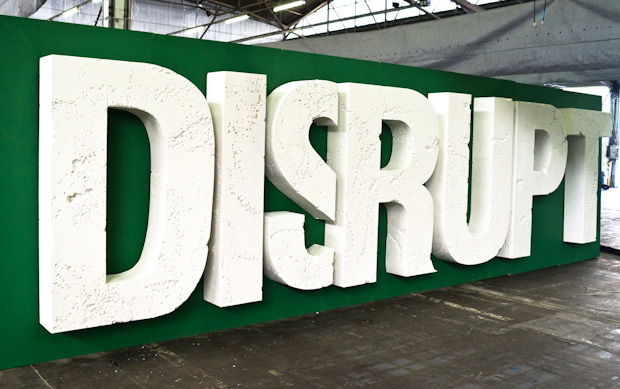 Disrupt NYC has wrapped and tickets are already on sale for our next Disrupt, which we are incredibly excited to be bringing back to San Francisco this September. However, before we start revealing what we have in store for this fall, we wanted to recap everything that went down in New York one last time. There were too many good things that happened, many of which we know some of you have missed since we keep getting questions about it. Therefore, we wanted to go over our favorite moments, some funny quotes, a few surprises, and a few more highlights for each day we were in New York City. For today, we wanted to recap our incredibly popular Hackathon and show you a couple videos you may have missed of Startup Alley.

Pier 94 was packed with hundreds of brilliant individuals a couple weekends ago in New York City. They stayed up hours upon hours coding, hacking, and networking furiously. It was our biggest Hackathon to date. We had around 500 participants from around the world, getting by on determination, excitement, snacks, and Red Bull.

As the Hackathon started, we had the chance to walk around and meet the participants. One of the earlier ones that stuck out in our mind was Jake Essman, an adorable 14-year-old self taught hacker, who was urged by his mom to join. Coding since he was ten, Jake said that coding is just a hobby and his career aspirations lie in the field of medicine. Even though Jake wants to be a doctor, we thought he made an incredibly inspirational hacker. 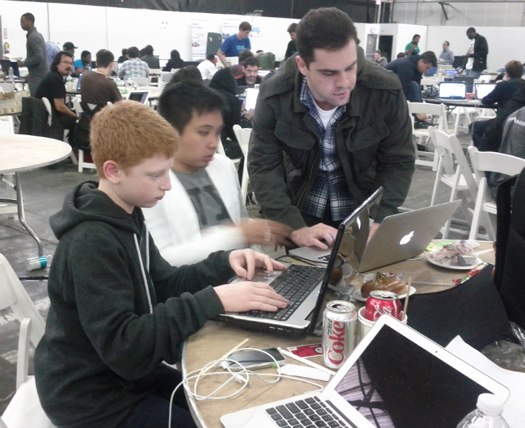 After the Hackathon concluded, we had the chance to sit down with him and his team, Buyby, after their Hackathon presentation. Watch what Jake and his team had to say in the video below.

Another highlight for us was when we ran into Steve Martocci, co-founder of Hackathon alumni GroupMe. We got the chance to ask Steve about his thoughts on how to maximize the Hackathon experience. He said, “Don’t listen to me.. talk, go, and build something… Focus on what you’re good at, and solve a real world problem. Do as little work as you can – it gets stressful – use the tools that you have (like Twilio) to make it happen.” And after the Hackathon? First, “Sleep.” Then, use the tickets to TechCrunch Disrupt, to “Walk the floor, show people what you did… [and] get decent exposure to investors.”

Pretty solid advice from an alumni who has gone on to raise $10.6 million since their Hackathon debut last year. To catch more on what he said, check out the video below.

As the hackers brainstormed and coded on whatever they could find, we were lucky enough to capture some of our favorite pictures.

To start things off, we found a few hackers taking some time to release pent-up coding aggression by pitching toys against the wall… 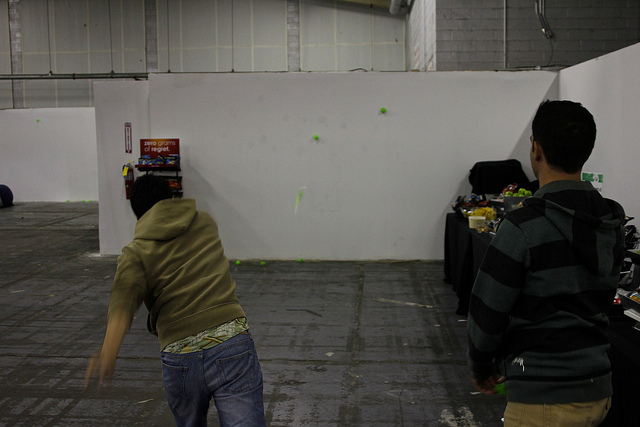 We saw many adult beverages being gulped down… 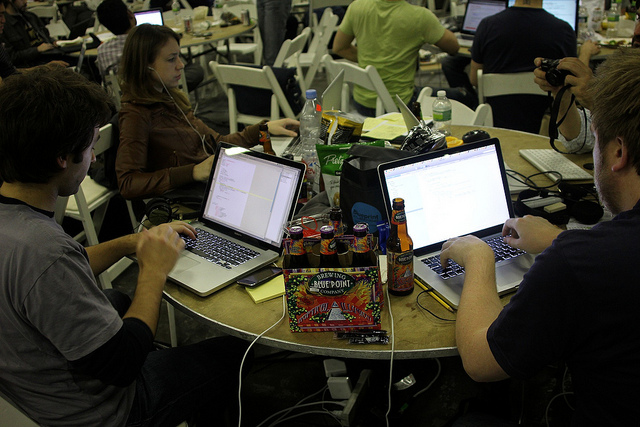 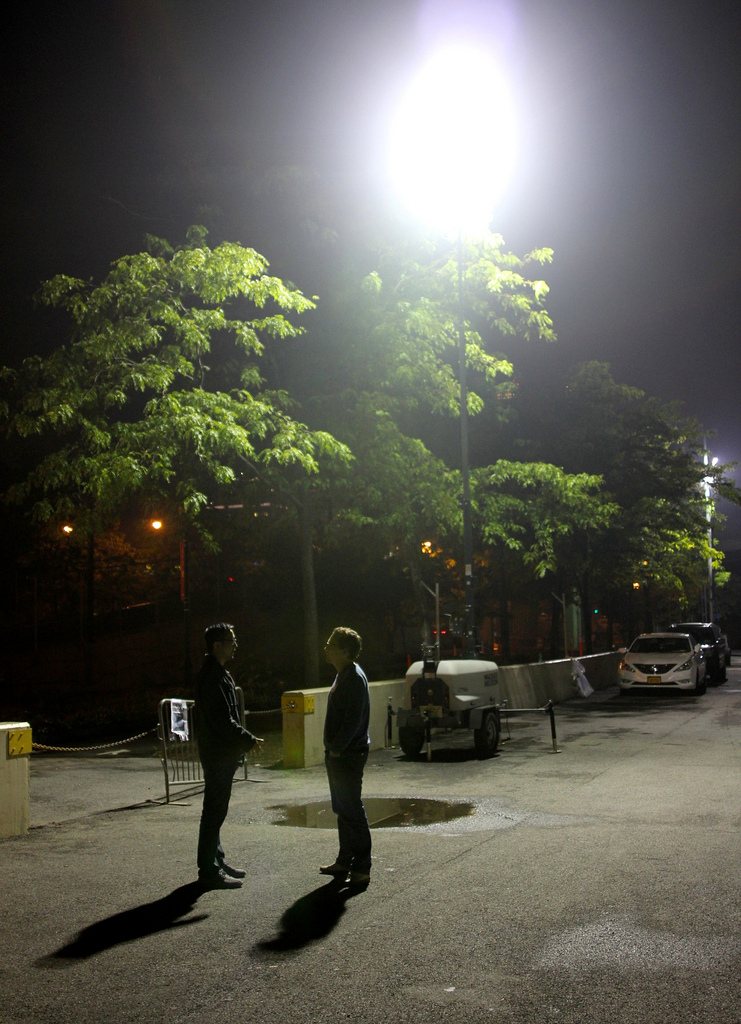 and we saw glimpses of code on whatever materials the hackers could find.. 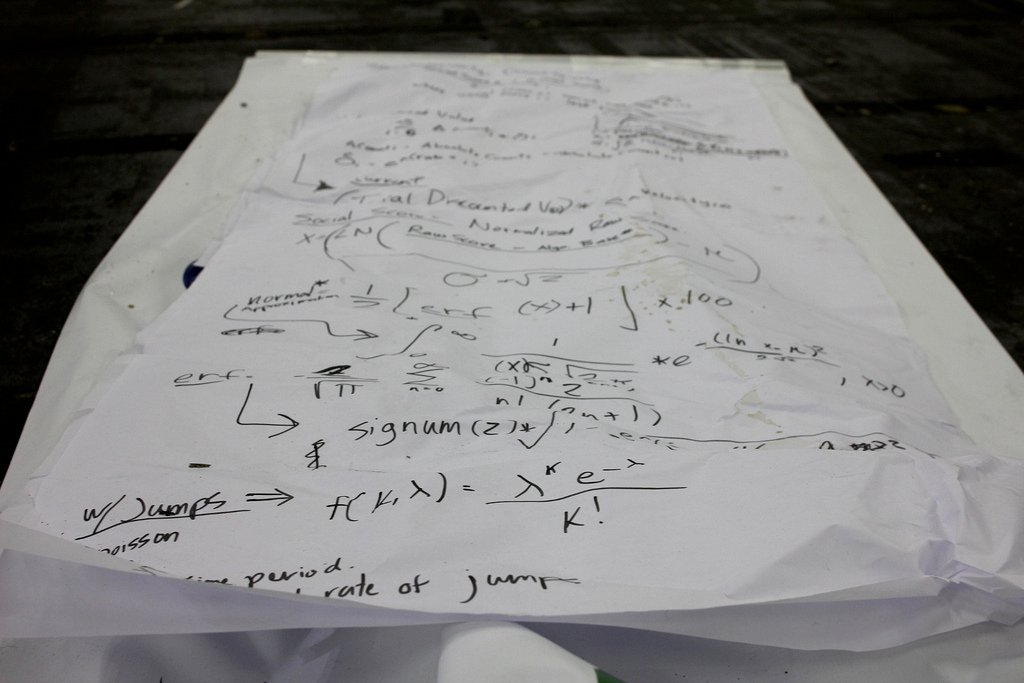 All in all, the Hackathon was an ultimate success. For a more in-depth look into the NYC Hackathon, make sure you check out our Flickr page for more pictures, live videos of the Hackathon plus the winning presentations here, and the full list of winners here.

Startups from all over gathered at Pier 94 to show off their companies and products. Our very own Rip Empson took some time to walk around the alley and talk to the startups that caught his eye. For footage of what he found, check out the video below. We’re curious, which startup in Startup Alley was your favorite?

John Biggs and Matt Burns from CrunchGear also got involved and interviewed some of their favorite startups. See if you can find the diamonds in the rough by watching the video below.

As always, a huge thank you goes out to our sponsors and partners for making all of this possible. Thank you to Palantir for giving $1,000 of Amazon Web Services to the company with Best Data Integration during the Hackathon, which went to Who Data. And to TokBox for giving a 16GB Samsung Galaxy Tab 10.1 for best use of the OpenTok API (the device will be released June 8) to Movie Wars.

Thank you to Red Bull, for not only providing the never-ending caffeine, but for also previewing the hacks from their upcoming Creation Event in NYC on July 10th. 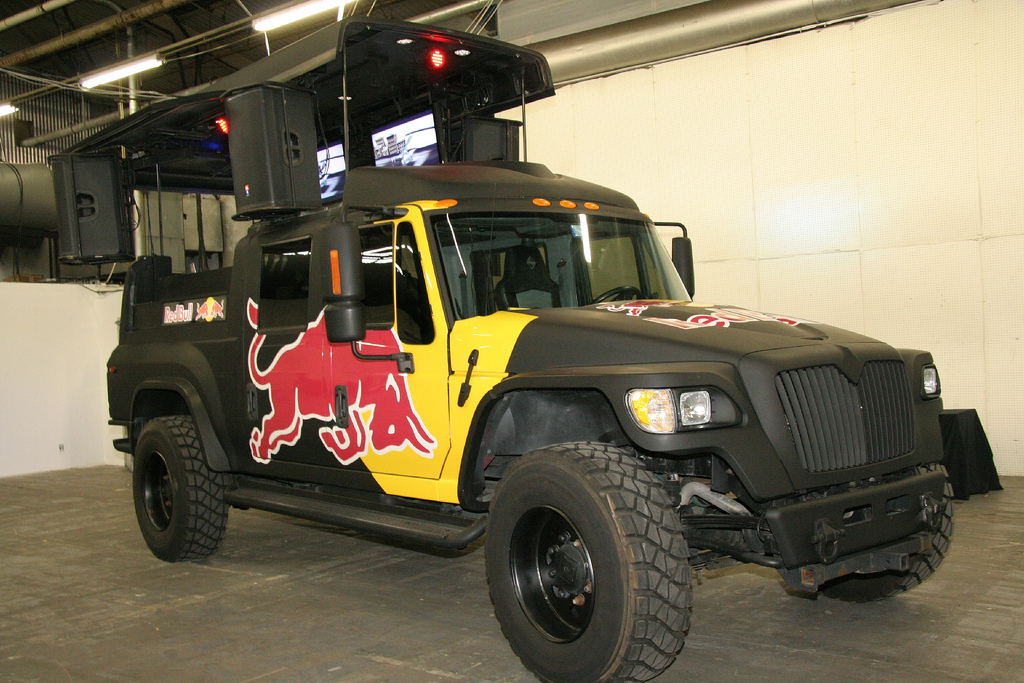 A special mention to the team at AllStateBanners.com for making us look good in New York City. 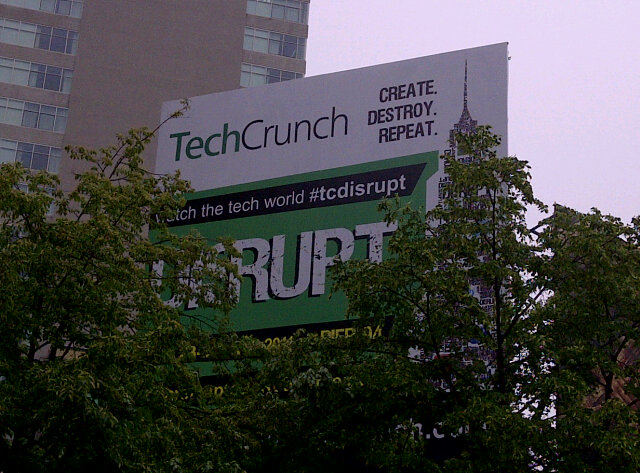 And to Giovanni Cabrese and Themendous for the original TechCrunch Disrupt sculpture, which you can see at top.

If you would like to attend Disrupt SF this September, extra early bird tickets are on sale now.