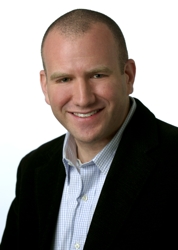 Twitter seems simple enough to use; how difficult can 140 characters be, right? But now imagine trying to monetize Twitter to its full potential. Not quite as easy. And it’s no secret that a big part of Twitter’s strategy is developing its platform to enable brand support — in other words, making it easier for brands to expose their message to the right users. But this, too, has been a slow process. So, in stepps SocialFlow, a young startup that is teaching brands to more effectively use Twitter to target their customers. SocialFlow uses data analysis to enable brands to do this and allows companies to send SocialFlow their Tweets so that they can determine when is the best time for them to blast out their message, for example.

So far, it’s worked out well. This year SocialFlow signed a long-term deal with Twitter and raised $7 million in funding in April. Today, the startup looks to continue its upswing by hiring Peter Hershberg to become the new acting president. Hershberg has been a figure in the New York startup scene for over fifteen years, and, most recently, co-founded Reprise Media, serving as co-CEO from 2003 until December 2009. Reprise was acquired by Interpublic Group in April 2007. Prior to Reprise, Hershberg served as VP of Strategic Development at Ask.com and co-founded Rotomedia, a consulting firm for web marketers and publishers.

Among other things, Hershberg has also been an active early-stage investor with investments in companies including Betaworks, Bitly, Chartbeat, GroupMe, Kickstarter, Yipit, and of course, SocialFlow. And seeing as Hershberg is an investor and has been acting as an advisor to SocialFlow, he is already well-familiar with the business. The startup will look to Hershberg to help build a reputation among top brands, publishers, and retailers looking to make the most out of their social media (well, really Twitter) engagement.