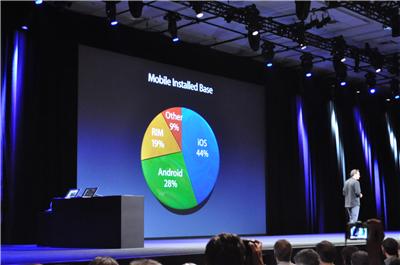 Scott Forstall, speaking at WWDC 2011, has just announced some major numbers relating to Apple’s iOS. 200 million iOS devices have been sold, which they claim makes it the #1 mobile operating system in the world. With Android nipping at their heels, that could be a transient title, at least in the mobile phone world. The iPad, however, is another story.

Forstall said that Apple’s hugely popular tablet has sold 25 million units, including both iPad and iPad 2 sales, we assume, putting it far and away beyond “alternative” tablet sales.

With such a huge lead in both market and mind share, the iPad is in an even stronger position this year than last to defend itself against upstarts like Android 3, webOS, and the promising but unproven Windows 8.