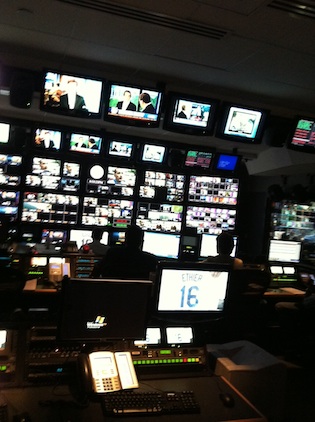 Why Netflix rocks is the same reason that tomorrow’s iCloud announcements will rock. It’s not about the technology, it’s because of the technology that counts. You can feel it if you make the time to. Making time means what?

One evening last week we sat at the bar downstairs at 1 Market after a long workday. John Taschek and several others were extolling the virtues, no, the imperatives of motorcycle ownership. You know, the usual keep the motor running head on down the highway testosterone. The kind of stuff Gary Busey still can’t get out of his head no matter how much he resists wearing a helmet. Gary, you’re fired.

But hiding in the camaraderie was a simple truth, that the 15 minute commute into the office on his BMW gives Taschek the time to think. And what we’re going to hear tomorrow is the result of a lot of time to think. And why Microsoft hasn’t figured out how to make that time.

iCloud is a state of mind Apple has been working toward for many moons now. Not so much the OK now we get cloud computing kind of mind set, but the OK now we are ready to apply our methodology toward the sweet spot of our competitors kind of value proposition. You hate iTunes and the stupid sync cable? OK, it’s gone. You feel locked in to the Apple restrictions on what you can do when you want to do it? OK now they’re removed. You want a real bit rate, a real screen, a real sense of ownership again?

These are big promises to deliver on, but from the look of things, we’re about to get them. If we read this right, for starters we’re going to get full quality streaming of the music of our times. For those of us who grew up not so much listening to music as living it, the biggest inhibitor to downloading music was the lack of full quality, the state of whatever art we are at. The Apple codec is excellent, but you could only get that by buying the CD and ripping it. A good compromise between hard drive consumption and quality, nonetheless it still sucked given the fact that my record store has devolved to Starbucks.

The alternative, downloading from iTunes, or worse from Amazon, is capitulation: 128 or whatever pseudo quality iTunes is or Amazon’s MP3. Give me a break with MP3. It’s like putting auto-tune on Aretha. The very thing you can’t quantify is the stuff we’ve been wanting to pay for ever since Napster. If you don’t know what I’m talking about, that’s OK, but trust me, up until maybe tomorrow I’ve only bought the iTunes thing out of necessity.

Let’s say for grins that tomorrow iCloud performs a checksum on our files on disk and gives us a stream version at full quality. If we’ve bought the CD for its liner notes, it gives us the liner notes on the iPad, not just the Mac like the Hendrix Anthology. If I’ve bought the latest Neil Young record on iTunes because there are no record stores left on Sunday or any other day, let me pay the iCloud freight to upgrade to the real deal. Let’s say the algorithm is that if I’m willing to give you access to my credit card on a monthly subscription basis, I’m trustable enough to get access to the real product, not the one with the digital condom desensitivity layer.

Seems like a minor nit pick to you? Much ado about nothing, this 60’s post yuppie yearning for the good old days. Whatever, when an artist like Lady Gaga or the Black Keys taps into what used to be called show business at a meaningful soulful level, the resultant force has only recently been matched by social media. Just what do you think Twitter is all about? What I had for breakfast? No, the context of our times. We live, we die. What happens in between?

This sense of ownership I mentioned, it’s the iceberg just below the water line. The new sense of owning is what the Cloud is all about, the understanding that to the best of our abilities, our access to who and why we are will remain constant. I’ve long since abandoned the notion that because I have something stored on a hard drive or a disk, I own it. In fact, all I own is an object for which the reader has vanished, or the media has corrupted, or the basement has flooded. Netflix is now my basement, cool and safe and shareable.

What I really want is something I can count on, and iterate on, and share with my world, and be shared with. I think it’s very possible that what Steve Jobs will show tomorrow has that same goal in mind. He grew up loving Dylan and the Beatles. And he delivered them, or almost. Unlocking the last foot, the bits, that is something really big. If he turns Apple TV into the flagship of the digital revolution, I’ll gladly pay the freight. And for those who say they don’t want an Apple-owned world, this will open the door for Google as it has with Android. Who knows, even Microsoft may be able to get a piece of the action.

But for Microsoft to be more than an afterthought, they have to make the time to think. Think about what we want and need to live our lives to the fullest. If that means think about a world without Windows in order to understand what we want, that’s a tough one. The usual logic about Windows, or Office for that matter, is that 97% of the world’s on it so it’s not going away. But if you own an iPad, 100% of Windows and Office has gone away. As I started to write this, Pages pushed an update with the new document button replaced by a + sign which when clicked gave me a bunch of iCloudy-looking choices. IDisk?

In the World of iPad, MobileMe is like saying I’ll have a slice of pizza pie. Does that mean two slices? The iPad is MobileMe, and MobileYou too. It’s become for the most part the place where I make time to think. Spare me the Apple fanboy jibes; I’m a fan of big visions that deliver. Besides, something about what’s coming tomorrow makes me think this will turn out well for more than just Apple. It goes back to Netflix and our search for something to watch on a weekend night when the kids are asleep or, in the case of the teenager, taking care not to party too hard.

So we’ve seen all the stupid romcoms and learned that theCuban Missile crisis was actually resolved by bands of warring mutant superheroes. Now I’m on Netflix trolling New Releases, deep in the More button view. If you want to truly grok the depths of mediocrity of Hollywood, go there with me. And then salvation In the strange form of the Scottish guy who appears after Letterman, a Craig Ferguson special shorn of the oh la las and innuendo that are required on broadcast television, and replete with all the funky obscenity and drug references of his dissipated youth. In short, the real full quality stand up of a very funny guy. And as we laughed and cringed at his stroll through our not so secret inner sanctum, he reminded me of what is possible when we put our minds to it. Born in the mix of mediocrity and limitations, carrier lock down and conformity masquerading as 50’s sensibility.

It may seem like a small thing, a foul-mouthed talk show host breaking free for a moment on a streaming connection. But that’s the stuff from which great things came, the Goon Shows from the halls of the straitlaced BBC, your 19th Nervous Breakdown, Jeff Beck’s A Day in the Life at the Rolling Stone Anniversary Concerts, Scoble’s photo on the Edwards campaign plane, the Dylan outakes, the iCloud. It’s an alternate show business that will inevitably swallow the current version and return us to the epicenter of the creative renaissance we are so lucky in which to be born.