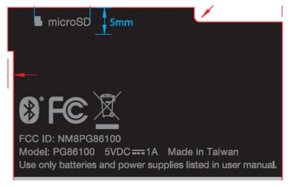 The HTC EVO 3D is possibly one of the most anticipated phones of the summer, and both Sprint and HTC have done an excellent job of teasing out its launch date. Thanks to a RadioShack flyer discovered a few days ago, we were pretty certain the 3D-capable smartphone would hit shelves on June 24. Today, however, we’ve been given a little extra confirmation that the smartphone is on its way, since the HTC EVO 3D was spotted on its way through the FCC, and nabbed a stamp of approval.

The filing also confirms much of what we already knew about the Android smartphone: EVDO, CDMA, WiMAX, WiFi radios, and Bluetooth antennas are all present and accounted for. A dual-core 1.2GHz Qualcomm processor powers the EVO 3D and its glasses-free 3D display. The HTC smartphone is originally priced at $499 off-contract, but if you play your cards right and are looking to renew your contract (or switch carriers), RadioShack will hook you up for $200 with a new (or renewed) two-year agreement.

Oh, and here’s that RadioShack flyer I mentioned: 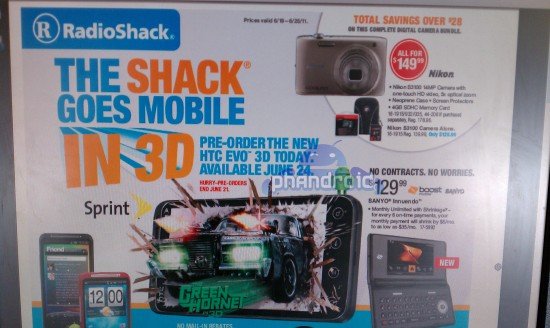