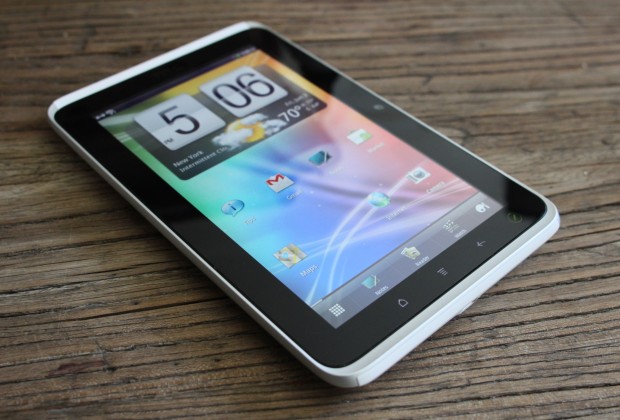 Short version: A promising aberration. The Flyer is barely a viable product, but it hints at potential that is almost surely being unlocked in the labs of HTC right now. 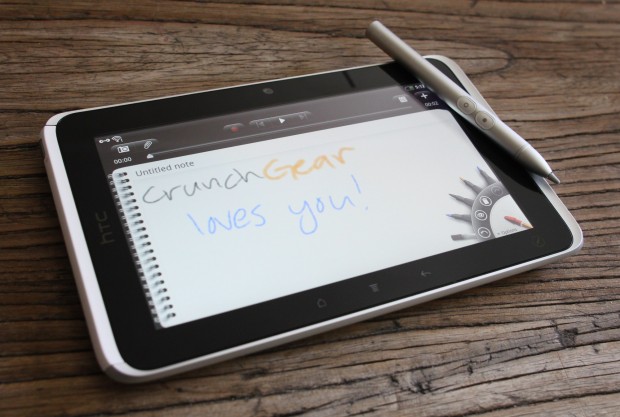 When I first heard about the Flyer, I thought to myself “This thing is going to suck, but the next one is going to be awesome.” And I’m pleased to say that my pithy little judgment was more or less correct. The Flyer is a device almost no one will be happy with, but it’s clearly the precursor to something really, really awesome.

The idea is simple and compelling. A medium-size tablet that supports pen input. Think of the possibilities! Actually, yes, think of the possibilities. Think of all the things you’d want to do with a pen. Jot quick notes and have it recognize your handwriting. Use gestures to forward emails, mark things read, etc. Draw notes on documents and have it convert to standard annotation. Thought of a few? Bad news: you can’t do any of them.

That’s why this review is short. There’s a whole new implementation of Sense here, big versions of HTC’s famous widgets, a custom app and desktop manager. But none of these things are worth talking about because the only thing that makes the Flyer worth considering is, at this time, useless.

What can you do with the pen? You can write on any screen and have it save as a screenshot to your Evernote account or gallery. You can draw in the Notes application. You can scribble on your e-books. 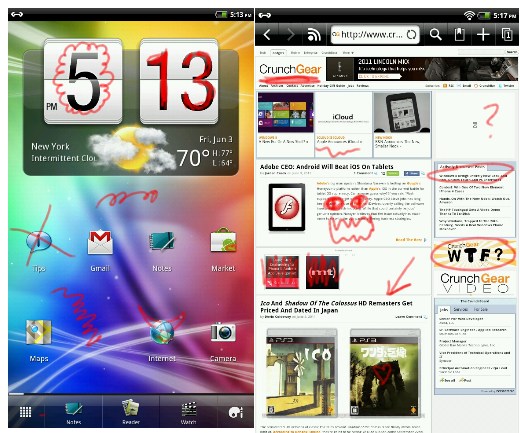 That’s pretty much it.

An entire hardware platform built around the idea of pen input, and the software barely supports it. Anywhere, you understand! 90% of the time, when you put the pen to the screen, it’ll freeze for a second and then you’ll just be drawing on your desktop or app. Helpful if you want to take screenshots a lot, but not if you want to, you know, use this amazing active pen technology for rich media interaction, precision edits on pictures or audio, handwriting recognition, and so on. It’s also unclear when you can use your pen to touch things (buttons, for instance) and when you have to use your finger. And the pen options and button can only be touched by the pen. Why? 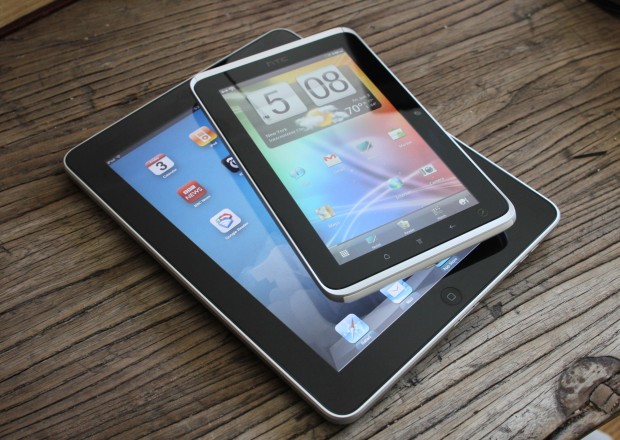 I’m happy to say that the pen works pretty well, though it’s by no means amazing or different from what’s out there. The pen is a decent size and weight, grips easy, and registers on the screen quickly. Lag is barely noticeable and the resolution of the input is good. You can write small if you’re careful, and dot your “i”s with some precision. There’s a bit of lag when “touching down” for the first time in an app or on the desktop, but generally it’s not bad. I’m more concerned about the feeling of writing with a plastic tip on a glossy surface. It feels unnatural and the clacky noise it makes when you’re writing isn’t heartening.

The pen itself has two working ends and two buttons. One end can be a pen, the other an eraser, or a “plain” touch, or a special drag. The buttons act as modifiers. 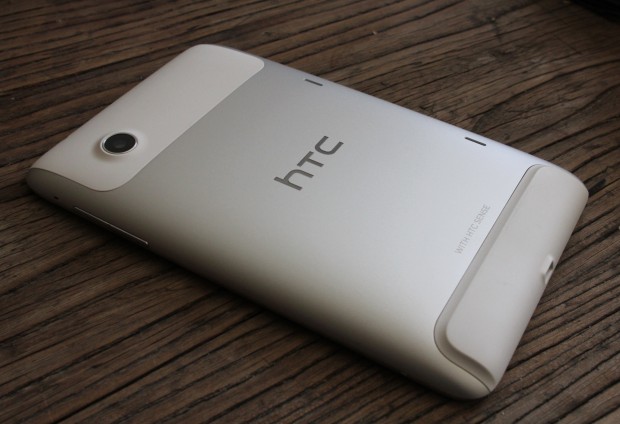 The device is a bit heavy, but good-looking, with a front-facing camera for video chats and another one on the back for, you know, pictures. It’s reasonably thin but nothing to write home about. The tapered back and sides actually make it feel larger than it is.

There are dozens of tablets for you to choose from; why would you choose one running a custom build of Android 2, with what amounts to a prototype pen interface? There’s no reason to. But even as I disparage this device, I feel real excitement for its successor (perhaps the “Scribe” we heard about before “Flyer” was made official). A slightly larger version of this, with a higher-resolution screen, better pen integration, and so on? Hell yes. But until then, this larval device should be avoided by everyone but the most ardent of early adopters.