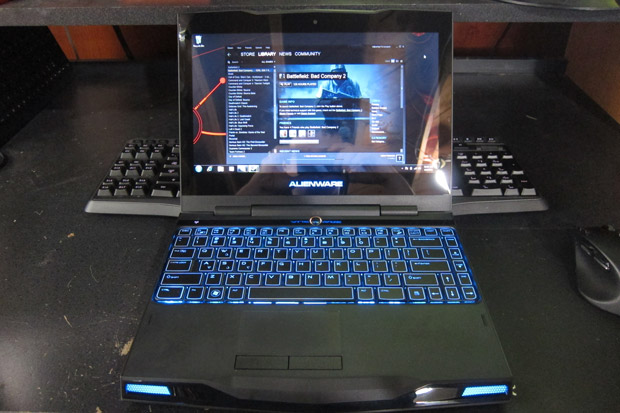 Alienware launched the third generation of their ultraportible gaming rig a few weeks back and it just landed on my desk. As advertised it’s small, although not thin, notebook that screams of its Alienware pedigree. There are two glowing alien heads, loads of multicolor lights, and top of the line specs. It’s clear without even turning it on that this thing is serious about performance.

Proper reviews take time. They require living with a product and shouldn’t be based on just first impressions. However, first impressions are still worthwhile and that’s what follows regarding the M11x R3. I’m just happy the notebook arrived before my trip to E3. Portal 2 on the plane FTW!

A full review is in the works, but like I stated at the beginning, a review is not made from a couple hours of use. Thankfully I have several long plane rides to and from E3 so the M11x and I have plenty of time to get to know each other over the next week. Stay tuned!