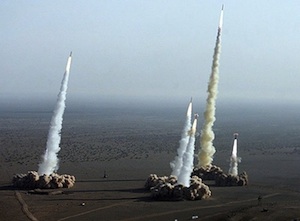 Two months ago, Google disclosed that they were bidding on bankrupt Nortel’s patent portfolio. Why? They claim it’s a defensive maneuver to protect the “relatively young” company from would-be patent predators. And Google is very serious about it. They put up the $900 million “stalking-horse bid” (the initial bid) for the over 6,000 patents. Given the stakes, it should be no surprise that the U.S. Department of Justice is looking into the bidding. But interestingly, it may not be Google they’re too concerned with.

As The Wall Street Journal reports today, the DoJ “hasn’t found any major competitive issues that would lead it to challenge [Google’s] purchase of the patent portfolio.” But the same is apparently not true of Apple. The government is concerned about Apple’s history of intellectual property protection, WSJ cites sources as saying.

In other words, DoJ feels fairly confident that Google would not be aggressive in going after rivals if they won the patents. Apple? Yeah, not so much. They’re concerned that these patents would simply be new weapons for Apple to use at their disposal.

Of course, it hasn’t even been confirmed that Apple will be bidding on the patents. But again, given the stakes, it seems to be a pretty fair bet that they will. Another report from Bloomberg a few weeks ago says that RIM is also considering a bid. While not stated, the DoJ probably isn’t too concerned about them either, since they’re a smaller player than the big boys, Apple and Google.

But what about the biggest boy? Microsoft.

Google? They have fewer than 1,000, we hear. Gaining Nortel’s 6,000+ would leapfrog them ahead of Apple, but they’d still be very far behind Microsoft. Meanwhile, if Apple won the rights to the patents, they’d cross the 10,000 mark. And Microsoft? They’d be approaching 25,000.

But again, the number is less important than the suspected intention. Google has simply not shown a history of aggressive IP protection. In fact, they’ve apparently never affirmatively asserted a patent, in legal terms. (Basically, they’ve only delved into IP agression as a pre-emptive or defensive measure.)

Certainly, you could argue that this is because with less than 1,000 patents, they’re in no position to go after anyone. But the DoJ seems convinced enough that they won’t even with these 6,000 new patents in their pocket. Apple, apparently, is going to need to do some more convincing along those lines.

The auction takes place on June 20. The rhetoric from all these companies leading up to it should get interesting.