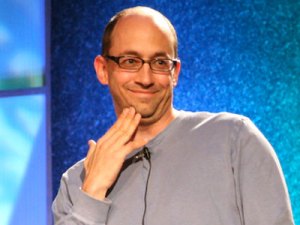 Dick Costolo just wrapped up his keynote at All Things D. It wasn’t livestreamed, so for those of you who missed out, there were some interesting tidbits about user numbers, defense of Twitter’s stewardship of its developer community and some hints about the ad business.

Rather than any newsy bombshells, my biggest takeaway was what I’ve written before about Twitter’s third CEO in its short corporate life. Costolo brings much needed operational rigor, business focus, and methodical process to a chaotic, culturally-transformative company that could have fallen into a MySpace-like trap of celebrity cache, runaway spam and buzz that outstripped business potential. But it’s come at the cost of sheer product visionary that both Jack Dorsey and Evan Williams had in spades, and Twitter is still waiting for that visionary to fill the void.

Despite Keith Rabois’ protestations last week at Disrupt, I don’t buy that Dorsey can do both jobs as CEO of Square and product guru of Twitter at the same time. No doubt, the question will come up when Dorsey takes the stage later in the conference, and he’ll insist again how doable two all-consuming jobs are. (I still won’t buy it.)

I’m not trying to bag on Costolo. I think all things considered this was an upgrade for employees, shareholders and users who are all rooting for Twitter to burrow into that big four consumer technology titans that Eric Schmidt talked about yesterday.

So it’s not a surprise the keynote was low on razzle-dazzle. The things Costolo is excelling at inside the company, aren’t the things the private company will disclose.

Still, here are some of the more interesting tidbits:

He noted that no one– including Twitter itself– has a good idea of how many people use the service, thanks to the heavy syndication. Costolo said Twitter gets 13 billion API requests every day. “We don’t track 100% where they go,” he says.

For perspective he noted that it took three years to get to the first billion tweets, now there are a billion tweets every six days. International activity is up 35% the first two months of this year. And over 350 million uniques come to Twitter.com, which is no longer how the majority of people use the site.

On the topic of Twitter being a schoolyard bully to its developers, Costolo said it’s naive for developers to expect the company will no longer innovate and create new features and products itself or buy ones that do something core for users Twitter isn’t doing already. He says he bought Tweetdeck because he went in newsrooms and saw every reporter had the dashboard open on their monitors.

As for cracking down on other Twitter clients, Costolo noted that most users didn’t realize the difference between a client and Twitter itself, so there was a need to hold them to a higher standard of terms of service.

Ultimately, he noted that as long as the number of developers increases, the company is doing a good job. This year there are more than 600,000 Twitter developers– up six-fold from last year. “All we can do is be straightforward about where we’re headed,” he said. He encouraged anyone who felt they were in the company’s cross hairs to “move up the value chain” or in essence, stop complaining and build a better app.

He also announced the new photo app, which TechCrunch broke already, drawing some interesting distinctions between Facebook photos and Twitter. In short, Facebook is an archive of the past; Twitter is about the real time living web. He drew another interesting distinction between the two companies when it comes to the concept of identity: Facebook is about the “social graph” and Twitter is about the “Interest graph.” In other words, just because he’s interested in someone, doesn’t mean they are interested in him the way friending on Facebook is always reciprocal. He said the company would be investing heavily in the “@-username and the construct of identity behind it” in the future.

In terms of advertising, Costolo said 80% of Twitters 600 or so advertisers have made repeat purchases. He described a VW campaign that had 52% engagement, and a one-day Radio Shack ad that gave stores three days of double digit increases in phone purchases. “That’s unheard of,” Costolo said. Echoed Walt Mossberg, it’s “the perfect wet dream of every marketer.”

So if it’s so great, why only 600 advertisers? Costolo said the company is in no hurry to monetize and is careful not to pollute the Tweet stream with ads. Good news in the short term for users and developers, but bad news for anyone hoping for a Twitter IPO in the near-future. Twitter is doing one of two things: Conscientiously building a long-term business one brick at a time as Costolo says, or intending to sell to a giant like Google for a multi-billion dollar price. I’d bet higher odds on either of those two over an IPO anywhere on the near term time horizon.