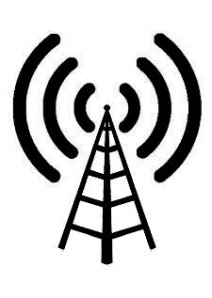 Juniper Research released a report today that found that global mobile network operator revenues are set to exceed $1 trillion by 2016. This would be something to celebrate were it not the case that costs are forecasted to rise in accordance with revenues — and exceed them. The report says that mobile networks are facing a potential “nightmare” scenario within four years if remedial action is not taken soon.

The cause of the impending crunch? The report indicates that the dire situation is caused by market saturation and falling average revenue per user, which is causing core revenues to flatline, while the cost of handling mobile data traffic is skyrocketing. As one might expect from the growing use of smartphones (Nielsen predicts there may be 100 million by the end of the year), cellular data traffic doubled in 2010. And it’s expected to increase thirteen-fold by 2015.

Luckily, the report doesn’t just present the bad news and leave it at that, the researches also suggest a few prescriptions, which can be tailored by the different operators to fit their individual businesses. The report encourages mobile networks to offer integrated rate plans, while “providing a wide range of segmented postpaid and postpaid tariffs”. It also puts stress on the potential for escalating revenues in the cloud, machine-to-machine, and mobile financial services where networks can leverage their existing assets.

Some other highlights from the report, include the fact that second tier networks (those with lower traffic) could be poised to gain significant advantage by retaining flat rates for data bundles. Integrated Mobile Broadcast represents a new 3G standard (endorsed by the GSMA) that has the potential to add infinite capacity to 3G for popular content, offering a solution to the impending capacity crunch. Lastly, as the cost of fossil fuels continues to increase, transition to green networks and base stations is beginning to “represent both an environmental and economic imperative”.