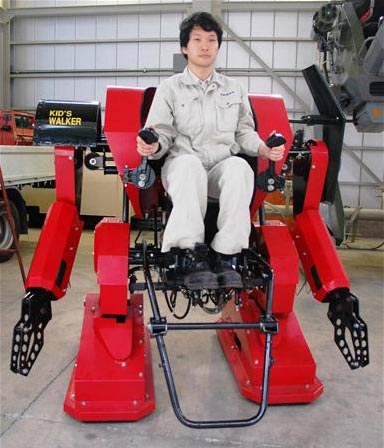 Japanese robot venture Sakakibara Kikai is one of the coolest companies I know. Apart from making rather bland industrial robots, Sakakibara Kikai is also developing a range of large-size, mechanical toys and three absolutely awesome “boarding robots”. And unlike most weird robot makers, Sakakibara actually sells the one or the other unit, too.

Here’s the Kid’s Walker, which is specifically designed for – you guessed it – kids. It’s 1.6m high, weighs 340kg and powered with gasoline. Sakakibara says they managed to sell a total of 8 units so far (price: $22,100+tax). 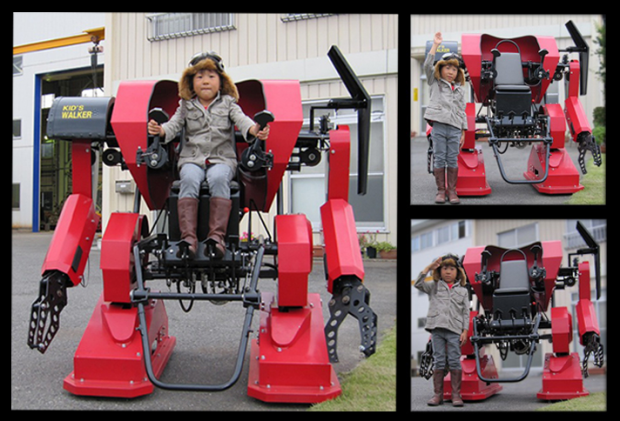 The Landwalker is even cooler. It’s 3.4m high, weighs a full ton, comes with an air cannon left and right, is powered by a 250cc gasoline engine and walks at 1.5km/h. This model has been sold just once so far, but it’s also twice as expensive as the Kid’s Walker (download clips 1, 2). 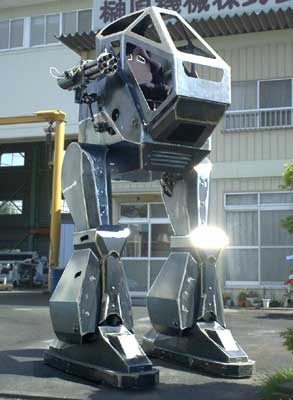 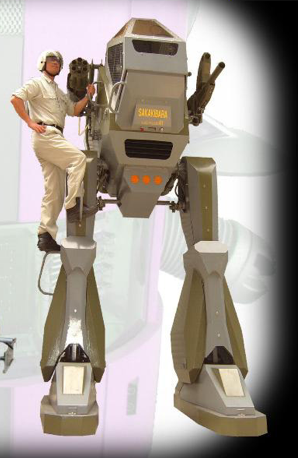 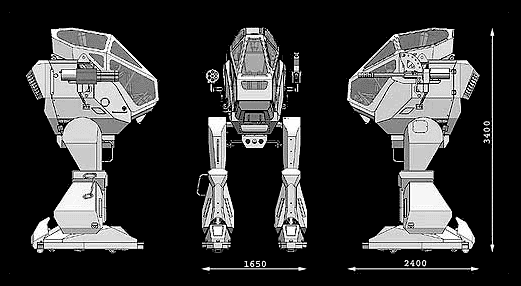 And here’s the punching mech Sakakibara Kikai is currently working on.