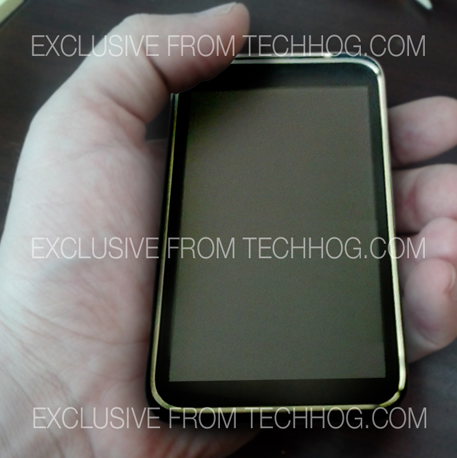 This story is about as shaky as they come, but we figured we’d pass along the details for anyone out there lookin’ to get a quick fix of Memorial Day mobile news.

Here’s what we know:

To be honest, the whole thing rings up a bit strange. From the questionable source and blurry photo to the take down request (which almost never, ever happens in this industry; companies generally play dumb and publicly ignore leaks, as acknowledging them legitimizes them), I wouldn’t get too attached to this device just yet.