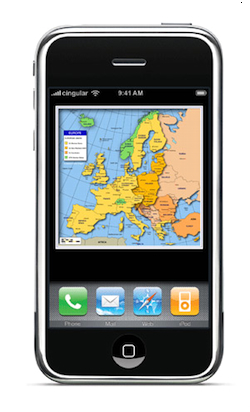 Yesterday, the Council of Europe released a report recommending that member states rethink the way they look at radiation used in wireless communication, putting it on par with the type of health hazards found in cigarettes and genetically altered foods. The report suggests that member states should push for a return to wired communication and a ban on Wi-Fi in schools. This seems to be a pretty exaggerated response, as most of the research we have on the dangers of wireless communication is inconclusive, at best.

Apparently, Europe has Jean Huss, member of Luxembourg’s Les Verts, to thank for such an observant response to the issue. To Huss, the ambiguity that the rest of the world has conceded exists around the issue is crystal clear: “non-ionizing frequencies, be they sourced from extremely low frequencies, power lines, or certain high frequency waves used in the fields of radar, telecommunications and mobile telephony, appear to have more or less potentially harmful, non-thermal, biological effects on plants, insects and animals, as well as the human body even when exposed to levels that are below the official threshold values,” said Huss.

The issue here isn’t whether or not cell phones, and other forms of radiation-emitting wireless communication, are a danger to our health. The answer to that question has yet to be answered definitively. This issue is, rather, the way we digest research, and the way we shape policy around it.