Exclusive – Fotomoto, which offers a fairly innovative way for photographers, artists and content publishers to sell images and other products meant to print simply by adding a line of javascript code to any site, has raised a Series A round of funding to the tune of $1.2 million from Adams Capital.

The company has done a lot of hiring lately, explaining the need for additional capital, but Kiarostami says Fotomoto is also close to securing a number of enterprise deals. Already, its solution is integrated into a variety of platforms and photo solutions, as you can see here.

Some of these partners, such as 500px and Photoblog.com, have integrated Fotomoto support deeply into their platforms, enabling users to start selling their photos using the startup’s ecommerce solution in about 5 minutes.

Kiarostami says the company is currently aggregating a wealth of image analytics, which it hopes to make available to its users soon.

On an interesting sidenote: Kiarostami tells me it’s getting so hard to find good engineers in the Bay Area these days, that he had to recruit and relocate his new VP of Engineering, Khash Sajadi, all the way from London, UK. 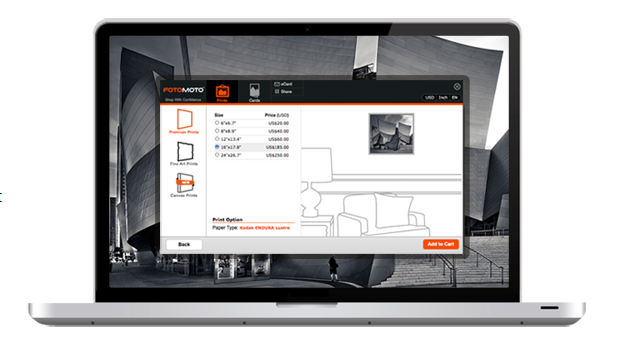