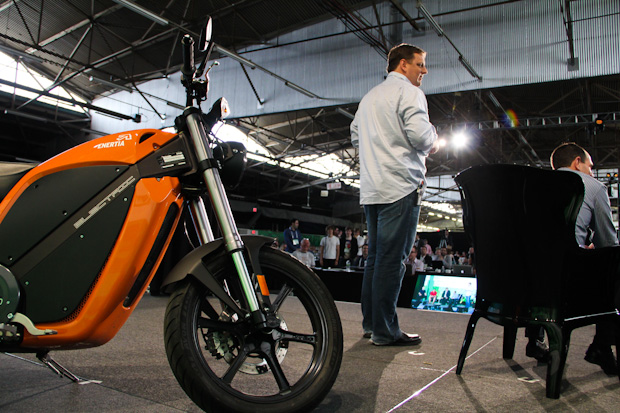 Enamored of the shiny orange Brammo Enertia electric motorcyle adorning the stage during the latest presentations here at Disrupt NYC, Michael Arrington decided that it should be given away. Never mind that it wasn’t ours to give, and that we were already significantly over time. Once the idea took hold of his mind, he was not to be dissuaded, and after a short talk with Brammo CEO Craig Bramscher (conveniently present backstage following a panel on next-generation motoring), it was a done deal.

Calling Bramscher up on stage, along with Paul Graham (Y Combinator), Keith Rabois (Square), Roelof Botha (Sequoia Capital), it was announced that the audience would submit 10-second pitches at the Q&A microphones. There was a wild tumult as audience members lined up to take their shot. 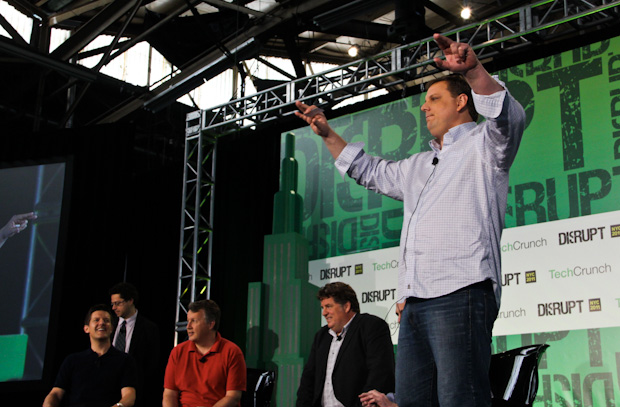 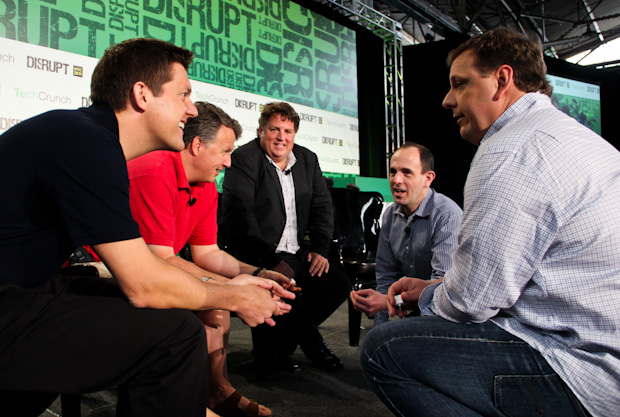 The pitches, of which there were probably two dozen, ranged from brief but traditional descriptions of services and funding to a simple “I’m 19 and it’s my birthday.” After an on-stage huddle, the judges arrived at a conclusion: a lady whose son was shortly to ship off to join the marines. She did not actually drive it off stage (the bike was in fact somebody’s), but provided details to have an identical Enertia shipped to her home.

The on-stage bike was, however, conspicuously absent a few minutes later. Arrington was gleefully tooling around in an empty area behind the stage and menacing the TCTV crew and stage grips, until security disrupted his fun. We’ll probably be seeing one of these at the offices soon. Thanks to Brammo for agreeing to give away a bike, and congratulations to our winner.

Check out the rest of our TechCrunch Disrupt coverage here.