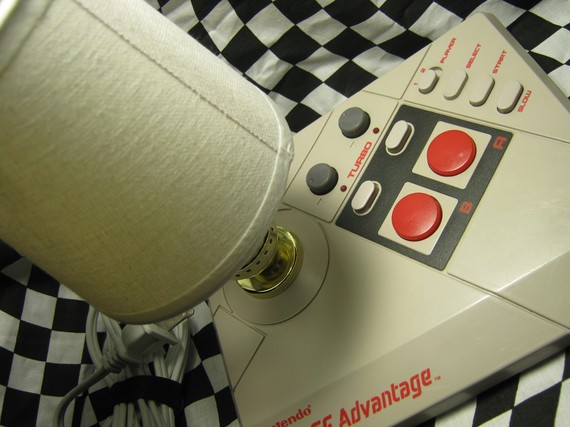 Do you need a little something for your retro-gaming man cave? Something that says “I’m a classy guy, but that doesn’t mean I can’t beat Contra in one life,” perhaps? This lamp might be your style.

While I’d rather be using this Advantage controller to take down the 8 Robot Masters, I also support the repurposing of such retro devices, which would otherwise be just gathering dust in an attic somewhere.

This one in particular was a one-off, and has been sold, but it looks like you’ll be able to nab later projects by following @RecycledRetro on Twitter or