After pricing its IPO at $25 per share a few hours before the market opened, the Russian search giant’s share price jumped close to 40% immediately after its flotation.

The price per share opened this morning at $35, giving Yandex a market cap of roughly $11.2 billion at its debut. That means its value currently far surpasses that of LinkedIn, which went public last week (successfully, too).

As Reuters remarked earlier this morning, an IPO at $25 per share would have already valued Yandex at more than 500 times its worth (!) when investors bought into the company back in 2000. Let the “is this a big, medium or small tech bubble” debates begin.

For the sake of comparison, LinkedIn was valued at $7.8 billion when it went public, and boasted a market cap of roughly $8.17 billion when the markets opened this morning.

Yandex, founded in 1997, today operates the most popular search engine and the most visited website in Russia (it is also the largest Russian Internet company by revenue). In 2010, the company generated 64% of all search traffic in Russian, trumping Google.

Yandex is among the largest high-tech companies in Russia, with an estimated workforce of about 2,500 employees. Currently, Yandex has branches all over Russia (Moscow, Saint Petersburg, Ekaterinburg, Novosibirsk and Kazan), Ukraine (Kiev, Odessa, Simferopol) and in the United States (in Palo Alto, CA, to be exact).

Today, the company joins the likes of Baidu, Google, Cisco, Microsoft and Apple on the NASDAQ stock market. We’ll see how it fares.

We’ll keep tracking Yandex’s share price throughout the day (and beyond, evidently). 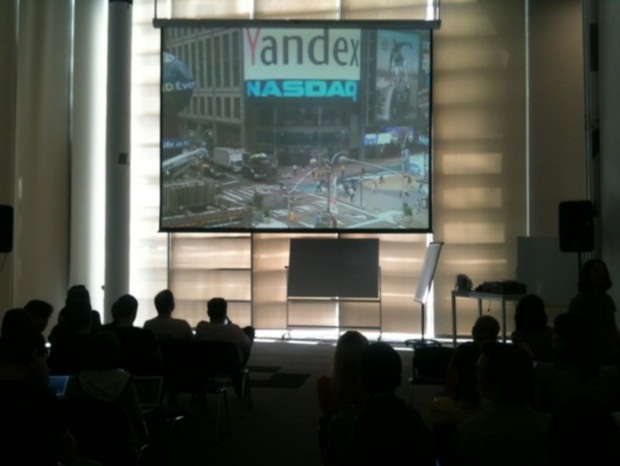 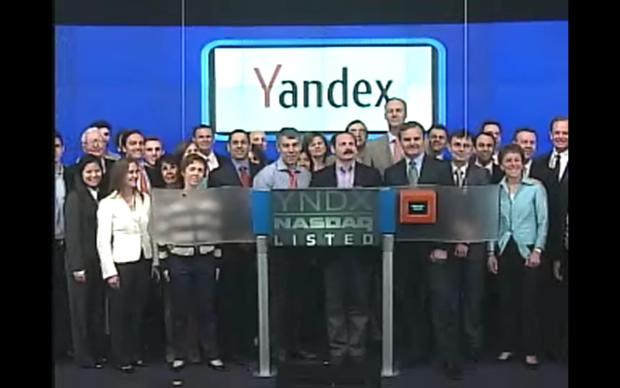