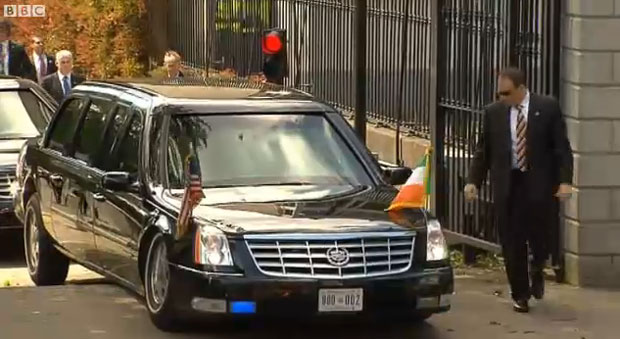 Where ever Obama goes, so goes a fleet of vehicles including several identical armored limos. One of those recently breached itself on a parking ramp during the President’s trip to Dublin proving that while it can withstand most every attack save a nuclear bomb, it’s not unstoppable. Point of interest, this limo isn’t the new super limo creatively named The Beast. Judging by the Cadillac’s front fascia, it appears to be one from the Bush era. Click through for the fun video.