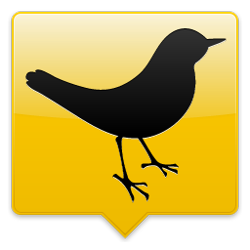 Word has been circulating for weeks now that Twitter was soon to be swooping up the popular third-party app, TweetDeck. In early May, Mike Arrington reported that the deal was as good as done, but the two companies were not yet willing to publicly release the numbers. Today, CNN and CNET broke the news that TweetDeck has been acquired by Twitter for $40 million. Twitter has yet to officially confirm, but judging by what we’re hearing from sources close to the deal, it’s done and done.

As you may remember, the story of TweetDeck’s acquisition has changed a bit since February, as reports indicated at that point that TweetDeck was on the verge of being acquired by Bill Gross’ UberMedia — the price speculated at between $25 and $30 million. And, as it seems, Twitter was having none of that. They apparently rushed in with a counteroffer — an offer now proved to be on that TweetDeck couldn’t refuse. You can check out TechCrunch EU for the full story on how it all went down.

It seems that Twitter just wasn’t comfortable with allowing UberMedia to snatch another chunk of market share. After all, Twitter can’t just go allowing Twitter-related startups and products to fall into the hands of those companies that aren’t Twitter. Just ask UberTwitter and EchoFon, for example. As Mike reported in early May, sources close to Twitter revealed that an UberMedia acquisition would give them too much leverage over Twitter, and so the bidding war (or really, non-war) was on.

For an alternative perspective, check out Nova Spivack’s thoughts on Twitter and TweetDeck, in which he advised Twitter against buying TweetDeck, saying their money could be better spent elsewhere.

What do you think? Is this a win, lose, or draw for Twitter?