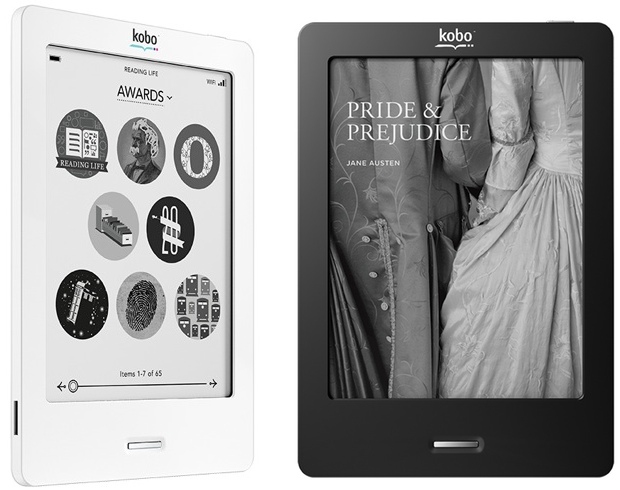 Kobo launched as a Borders-based alternative to the Kindle hegemony, and while their e-reader was perfectly decent, I wouldn’t say it was feature-competitive with Amazon’s latest. They’ve announced today a new device that may not match the Kindle (or its rumored tablet successor) on all fronts, but it’s at least distinct and definitely worth looking at. Yes, a touchscreen e-reader for a reasonable price is finally available.

One of the fundamental issues with nearly all e-readers is having to navigate by d-pad or keyboard while the slow e-ink screen refreshes. The new Pearl displays have mitigated that inconvenience, but it’s still unintuitive and sluggish. The Plastic Logic touch e-reader we got all excited about a couple years back proved to be too rich for its own blood, and while Sony has been touting its touchable e-readers for years now, they’ve been expensive, stylus-based, or both. This Kobo eReader Touch is $130, which I think is more than competitive.

The new one has an improved processor, the newer Pearl E-Ink screen, and now has a built-in dictionary, invokable via a long-press on a word. Touch is an infrared solution handled by zForce, and covers most of the basic gestures – swiping, zooming, and holding. The UI is still limited by the low refresh rate of the bistable display, but that’s a limitation shared by most e-reader competitors. Design is simple and it is, like all e-readers, thin and light. 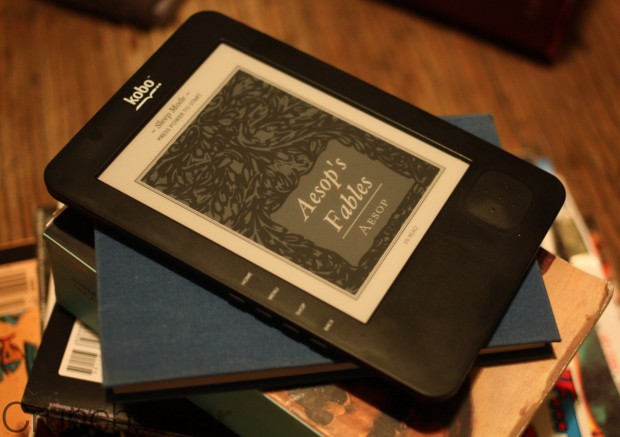 More good news: the old Kobo e-reader (above) will be dropped to $100, potentially a magic price point for impulse purchases, though one Amazon felt was a little too low. It’s a competent device for a great price, though of course for maximum selection and features (sharing, annotation, 3G) the Kindle may be worth the extra $16 or $40. Barnes & Noble is also expected to unveil a new device tomorrow, which may offer further competition.

We’ll have a full review as soon as we get our hands on one. If you can’t wait, they should be available at Borders and Best Buy in June, or for pre-order today.