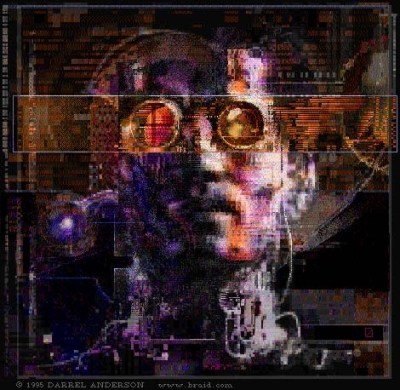 I’m not going to get my hopes up – they’ve been promising a Neuromancer movie for years and, I fear, no one will be able to the book justice – but Vincenzo Natali, director of Splice and Cube, says he is in pre-production on William Gibson’s seminal cyberpunk novel and they will soon begin filming in Canada, Istanbul, Tokyo, and London.

In an interview with Natali last year, Slashfilm asked him about the obvious issues with adapting the book into a movie:

I actually really started to break down the book, now that this is looking like it might happen, and I actually don’t think you need to stray too far from the book. I think you have to add some connective tissue, and I think that the ending needs to be finessed. I had a conversation with William Gibson about a week and a half ago, and he kind of agreed. You have to retool the ending a little bit. But basically I think the structure is there. And I actually see my version, if it were to be made, as having a little bit more of a literary kind of a structure. There would be a little bit of trickery with the timeline, and we would delve into characters’ pasts and then come back into the present. I think that’s the way to approach it. And that really excites me, because as somebody who watches a lot of movies and a lot of science fiction films, I’m really getting tired of the same old tropes, the same old kind of structures. If you’re going to experiment with narrative structures, this is the movie to do it with.

All I know is that if Natali screws this up I will personally come down to his house and make him watch Treasure of the Four Crowns and Spacehunter: Adventures in the Forbidden Zone in 3D over and over again until he goes mad. Nobody messes with Molly and Case. Also, did you know that this exists online? I didn’t until a few years ago.