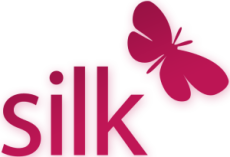 Exclusive – Amsterdam-based startup Silk, which offers a platform that allows content creators to distribute their work on the Web in a more structured manner, has raised €320,000 (approximately $475,000) in early-stage funding from Atomico and a number of individual angel investors, TechCrunch has learned.

Silk, which was originally founded back in 2009, will use the proceeds to finally bring its technology to market and to scale development efforts.

In essence, the company wants to make it easier for people to interact with the ever-growing amount of data that gets continuously published by content creators worldwide.

The service is still in private alpha, so to learn more you’ll need to sign up with your email address in order to keep informed about the upcoming launch, or watch the demo video on the Silk website. I also put some screenshots at the bottom of the post.

I got a demo from Silk CEO Salar al Khafaji earlier this morning and was quite intrigued. Silk is a Web-based application that allows any content creator to provide content in a structured manner, thus enabling users to quickly sift out the data they desire from mountains of available information. In a way, it reminds me of the Blekko search engine and its slashtags.

The demo sites I was shown this morning were based on a wealth of data abstracted from our own CrunchBase and Wikipedia, to give you an idea. 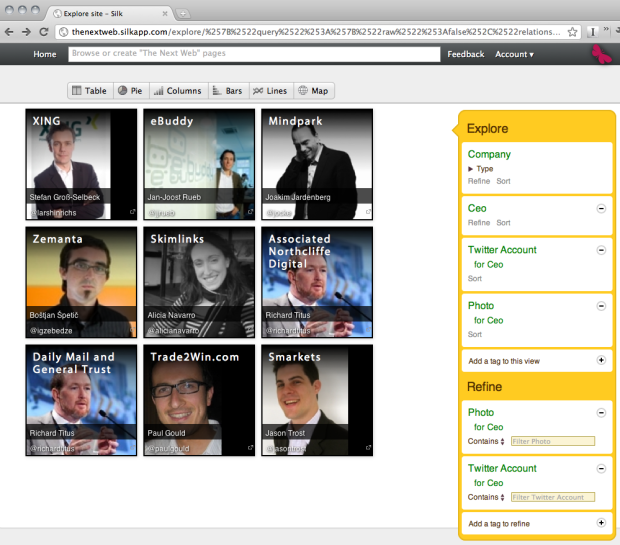 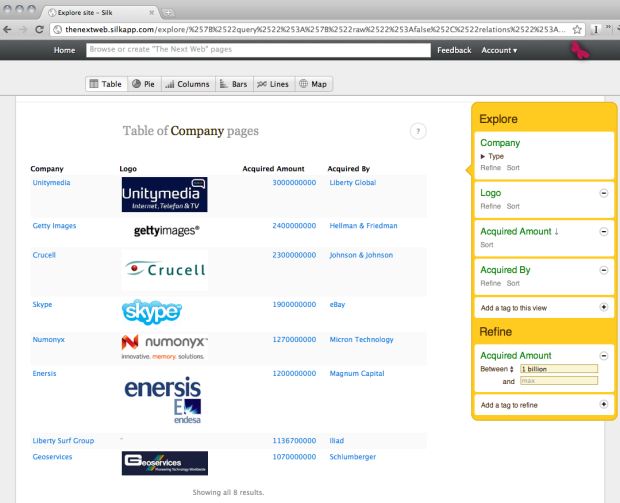 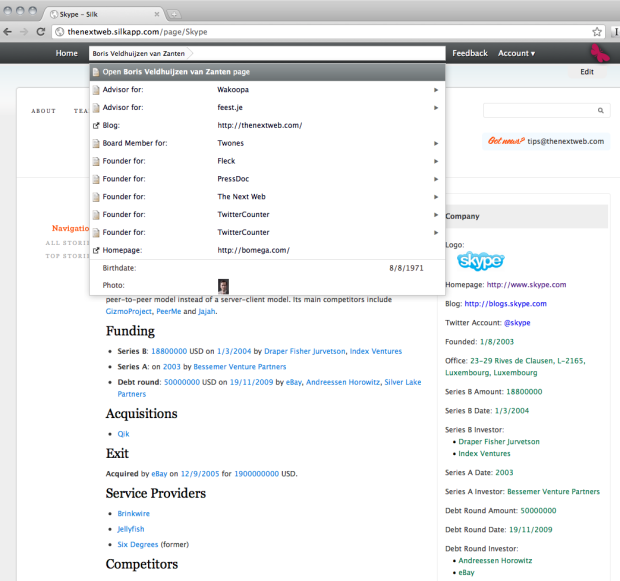