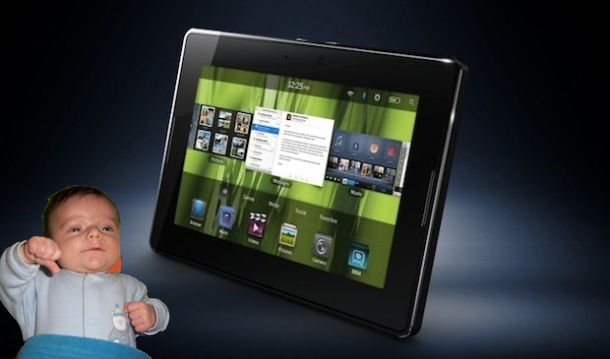 If you own a Playbook, you’d best check your serial number. There is a very minor issue in some Playbooks that cause it to freeze or fail during an initial software update.

RIM determined that approximately one thousand BlackBerry PlayBook tablets (16 GB) were shipped with an OS build that may result in the devices being unable to properly load software upon initial set-up.

In the small number of cases where a customer received a PlayBook that is unable to properly load software upon initial set-up, they can contact RIM for assistance.

You can find the full list of serial numbers at Engadget and, if you find your Playbook acting up, contact RIM for a fix.