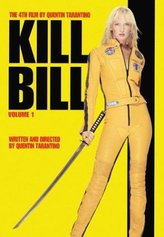 Netflix and its customers saw a big win today, as movies like Clerks, Cold Mountain, and Good Will Hunting will soon enough make their way into Netflix’s Watch Instantly portfolio. The movie streaming service is jumping into bed with Miramax, and it seems to be getting pretty serious, as the couple signed a multi-year agreement allowing the streaming of movies from Miramax’s library of films.

Hundreds of Miramax films will join Netflix’s Watch Instantly catalog on a rotating basis, starting next month. Word of the deal originally surfaced in March, with a $100 million price tag and a five-year term seeming like the lucky numbers to complete the transaction. Now that it’s official, neither party has disclosed just how much Netflix spent. Whatever the cost, I’d suggest brushing up on your Kill Bill catchphrases to prepare for the wonder that is Miramax on Netflix.