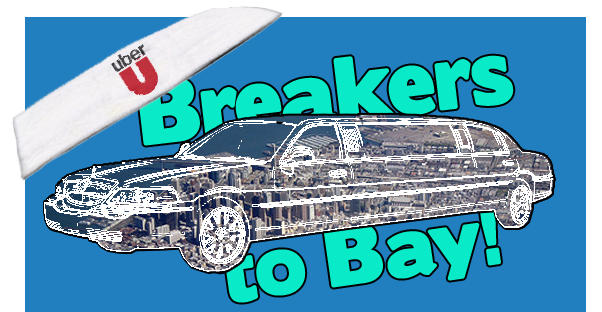 As everyone in the Bay Area will know, this Sunday is the annual Bay to Breakers run/boozefest. The 12k run normally goes from the bay (in the city) to the breakers (at the ocean), hence the name. But Uber is going to do the opposite.

As they’ve just announced to customers via email, starting at 10AM and going through 4PM, they’ll be going breakers to bay, picking up weary runners/pukers in their cars. If you happen to be in the Golden Gate Park area in that timeframe, there will be limos there waiting for those who use the app. And those limos will be “stocked with Gatorade, Granola Bars and 50ml bottles of Jack Daniels and Skyy Vodka so you can refuel/party.”

Uber also notes that they’ll be handing out branded headbands on the corner of Hayes and Laguna during the race.

Considering the forecast is calling for rain, this may prove to be a very profitable day for the company aiming to disrupt car services. I just hope they don’t mind cleaning up excessive vomit.